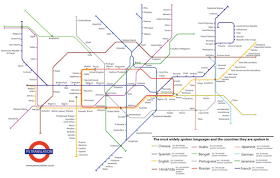 The second infographic from PS Translation Services is titled the Language Olympics. The Language Olympics features five rings. The rings represent Asia, Africa, the Americas, Europe, and Oceania. Each of the rings is comprised of the languages spoken there. The infographic includes some additional information about the number of languages spoken at the Olympics and the demographics of visitors expected at the 2012 Olympic Games. 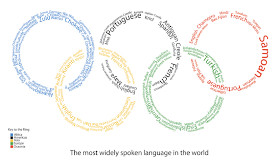 Applications for Education
These infographics (download for free) could make for interesting classroom display and discussion. Here's a question to pose to your students looking at the Language Olympics infographic, do you think it's important for athletes that speak different languages to try to understand each other? (A little background on that question, in the mid-late 90's I competed in some international archery competitions. One the difficulties for me was trying to communicate during the scoring process with other archers and judges who did not speak English).
at 10:49 AM
Share
‹
›
Home
View web version