In addition to the tour of the Sistine Chapel the Vatican Museums host virtual tours of five other places and exhibits. Those tours are the Gregorian Egyptian Museum, the Gregorian Etruscan Museum, Raphael's Rooms, Pinacoteca, and the Ethnological Missionary Museum. 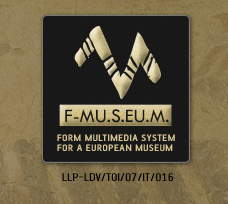 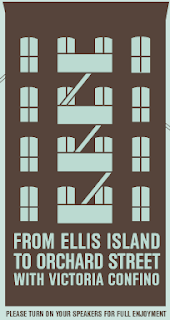 Tenement Museum is a resource for US History teachers that can best be described as an interactive virtual museum. Students select a male or female character for their passport from Europe to Ellis Island. Once at Ellis Island students learn about the process of legal immigration. Eventually students make it to the Orchard Street tenement where they have to choose an occupation as well as make choices regarding living conditions. At the very end of the exhibit, students can write a post card to their friends and family back in Europe. Throughout the journey, students see short video clips featuring "Victoria Confino" who explains to students what they are seeing and reading.

The JFK Presidential Library and Museum website has four interactive exhibits for learning about John F. Kennedy and his presidency. We Choose the Moon (a resource I reviewed over a couple of years ago) is an interactive exploration of the Apollo 11 mission. The site covers everything from Kennedy's first proclamation that the US would put a man on the moon by the end of the 1960's to the moon landing itself.

The White House Diary is an interactive flipbook of Kennedy's schedule while in office. You can flip through it page by page to see what he did on each day or pick a specific date from the calendar. Many of the pages include video clips and or images from that day.

The JFK Timeline is an interactive timeline Kennedy's presidency. The timeline features cultural and world events as well as US political events.

Finally, the Virtual JFK Museum Tour takes you to view exhibits and artifacts in the museum. The tour is narrated and in some cases you hear Kennedy's voice. The tour is divided into major themes and events of Kennedy's presidency including his campaign, the Peace Corps, and the Space Race. The tour also includes some information about Bobby Kennedy and Jacqueline Kennedy.

The Museum of Obsolete Objects is a neat YouTube channel featuring videos about objects like cassette tapes that at one point represented cutting edge technology and are now obsolete. The MOOO isn't limited to 20th Century objects. The list includes things like quill pens and the telegraph. I've embedded the telegraph video below.