Shelfster is a new research and writing tool that I learned about from Vicki Davis earlier this week before trying it out myself this afternoon. The purpose of Shelfster is to help you bookmark and annotate websites and documents that you find while researching a topic. You can organize your findings into Shelfster projects. Within each of your projects you can create documents by dragging and dropping links and texts into your documents from your list of saved links. Of course, you can also type in your documents and edit things that you dragged from your project library to your documents. Documents can be saved in your online account, downloaded, and printed.

Applications for Education
Shelfster has the potential to be a good service to help students organize the useful content they find on the Internet. I'm not sure that I'd have students write an entire research paper within Shelfster yet, but it could definitely be a good place to construct an outline of a research paper. Shelfster says that integration with Google Docs is coming in the future. When that happens then I might have students use Shelfster for writing an entire research paper that could be easily shared for peer editing.
at 3:30 PM
Share

Find That File Helps You Locate Documents and Media Files

Find That File is a search engine designed to help you locate documents and media files according to file type. Let's say you want to locate an audio recording of Harry Truman announcing the surrender of Germany in 1945. You can enter your search term in Find That File then specify exactly what type of audio file you want to locate. 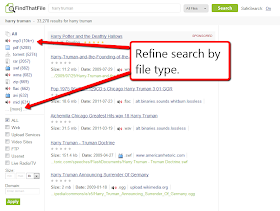 Applications for Education
If you have students developing multimedia projects in which they're going to sample or remix various audio and video files, Find That File could be helpful in locating files that are compatible with their projects. Find That File does offer a search widget that you can embed in your course blog or website. Click here to learn more about Find That File and to locate their search widget.
at 3:00 PM
Share

MSN Offers for Schools - A New Way to Fundraise 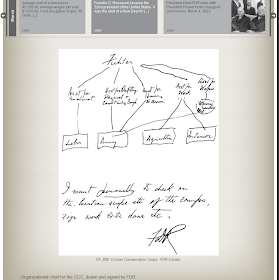 The FDR Presidential Library has a YouTube channel containing one hundred video clips. The videos contain archival footage of Roosevelt, his family, and news reels shot during FDR's presidency. To support your use of these video clips the Roosevelt Presidential Library has created a series of free curriculum guides. The curriculum guides are divided into five units of study; World War II, Supreme Court, Farm Security Administration, Tuskegee Airmen, and Social Security.

Applications for Education
If you're looking for documents, videos, or lesson plans for teaching about topics related to WWII, the Great Depression, or FDR in general, The Pare Lorentz Center is a good place to start your search.
at 6:30 AM
Share

Today marks the 70th anniversary of Japanese attack on Pearl Harbor that brought the United States into WWII. I posted some resources for teaching about Pearl Harbor here.

National Geographic has a good resource students can explore to learn about the attack on Pearl Harbor. The Interactive Pearl Harbor Attack Map is a map and timeline accompanied by voice narration. Each stop along the timeline of the attack is accompanied by a short narrated passage. At each stop students can click on the map to read more information about that place and moment in the chronology of the attack.

On Monday Google announced that you can now search for a mathematical function and have an interactive graph generated at the top of your search results. You can zoom in on the graph and explore each function in detail. 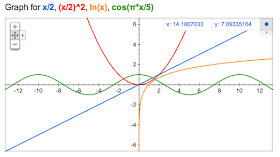 Applications for Education
I'm not sure if this new feature in Google Search is a direct move toward taking some market share from Wolfram Alpha or not. Either way, while the new function graphs from Google could be useful for students to see what a function does, if you really want to learn about functions I'll still steer you toward Wolfram Alpha.
at 4:30 AM
Share
‹
›
Home
View web version