MIT + K12 is a new MIT project that features MIT students explaining math and science concepts for K-12 students. The website isn't a collection of Khan Academy-style videos it's a place where you will find videos featuring real MIT students explaining concepts while showing them as hands-on demonstrations or experiments. Watch one of the featured videos below.


Applications for Education
MIT + K12 is new and so far they only have a couple of dozen videos, but the concept of the MIT + K12 is promising. If you have an idea for a video, you can suggest it on the site. The MIT + K12 videos are hosted on YouTube and on MIT Tech TV for people who cannot access YouTube in their schools.
at 1:26 PM
Share

Use Studeous to Create a Discussion Forum for Your Class

Studeous is a new service that teachers can use to create online discussion forums for their courses. In your Studeous account you can create a discussion forum for each of the courses that you teach. In addition to using Studeous as a discussion forum you can create an announcements page. If you upgrade to a paid account you can post files and images too (the free version limits you to two files). Students can join your forum by entering the access code for your course or you can send them invitations via email. 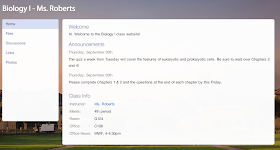 Applications for Education
Studeous is not as robust as some similar services like Edmodo. That said, if you're looking for a quick and easy way to create a discussion forum for your courses Studeous might be for you.
at 12:52 PM
Share

New and Better Views of Natural Geography on Google Maps

Today, Google released new visual improvements to the base maps in Google Maps. The improvements include new representations of terrain, vegetation, and land formations. The new base layer reminds me quite a bit of what you would typically find in a flat wall map. It also reminded me of the base layer in the National Geographic Map Maker.

Applications for Education
For a couple of years now you have been able to use "Earth view" in Google Maps. The Earth view provides a great look at the physical geography of the Earth, but running the Google Earth plug-in can be quite CPU intensive on some computers and if your school doesn't allow you to install plug-ins that view is inaccessible to you. Today, Google took a step toward resolving those issues.
at 12:30 PM
Share 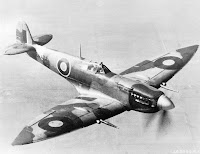 This isn't a technology story, but I think it will be of interest to history teachers and history geeks like me. This morning The Adventure Blog has a story about a British explorer who has discovered a cache of 140 Spitfires that were buried 40 feet underground during WWII. According to the story the planes are fully intact and stored in their original shipping containers. The story is that the planes were buried for safe keeping to be uncovered and used later in WWII. The war ended without the planes being used and they were forgotten about. Read the full story here.

Applications for Education
Here are some of the World War II resources that I've shared in the past:
Video - WWII Maps of Europe & North Africa
How War Stories Inspire Learning
Interactive Pearl Harbor Map
The Science and Technology of WWII

Last week Ray Birks sent me an email about a presentation that he and his colleague Aaron Hansen gave at the Washington Association of Educators of the Gifted and Talented Conference. Their presentation was a run-down of their favorite apps and websites. I went through the presentation and found a handful of new-to-me apps that I plan to try in the near future including this one. I'm sure that everyone can find something new to them in the presentation embedded below.