Three Ways Students Can Explore Space From Their Desktops

Someone recently emailed me after reading this post about Google Sky for Android to ask if there were similar tools available for use on laptops. The answer is yes. Here are three tools that students can use to explore space from their desktops. 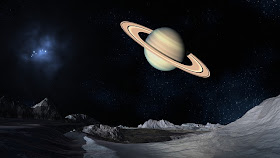 Celestia is a free space exploration simulation program. Celestia is a free download that works on Mac, PC, and Linux systems. The advantage of Celestia over other satellite imagery programs is that in addition to seeing the Earth's surface, students can zoom in on moons, stars, and planets. The user controls what they see. Operating the program is easy enough to be used by students as young as six or seven. The user guides for Celestia are very thorough and available in four languages. There is a companion website to Celestia called the Celestia Motherlode that features add-ons to Celestia and educational activities that teachers can use in their classrooms.

Google Sky allows you view images of space in your web browser. Google Sky offers great images of outer space captured by the Hubble Space Telescope and the Sloan Digital Sky Survey. Google Sky has images that have captured x-ray and infrared wavelengths. The Google Sky web browser also has some more basic images in a collection referred to as "backyard astronomy."
at 9:37 PM
Share
‹
›
Home
View web version