Dive Into the Dangers of Fracking On This Site 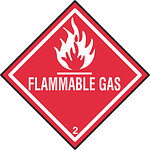 Dangers of Fracking is a beautifully designed site that tells the story of the dangers of fracking. As you scroll down the page, you learn more about the fracking process. The story starts out with a definition of fracking before moving to explaining the raw materials that have to be trucked to the fracking site. After the raw materials arrive the story takes us underground to frack and the dangers associated with the process.