When Google announced that Google Reader will be closed on July 1 my recommendation to you was to give Feedly a try. Feedly is a great service for reading your favorite RSS feeds on your iPad, Android device, or in your web browser. Feedly will import all of your Google Reader subscriptions for you. If you want to subscribe to more blogs after the import is complete, follow the directions below. These directions work when you're using your web browser to read Feedly. (Click the images to view them full size). 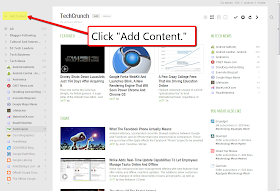 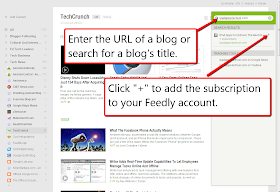 Step 3: Add the subscription to a category folder. 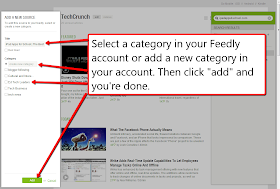 How to Embed Interactive ThingLink Images Into a Blog Post

Yesterday, in Four Good Ways to Use Media In Your Classroom Blog I mentioned embedding ThingLink images into your posts. Tara Weegar just asked me on Twitter how to do this and I'm sure there are others wondering about the same thing. Since it's kind of hard to describe in 140 characters I've put together some screenshots of the process. (click the screenshots to view them full size)

Step 2: Copy the embed code and paste it into your blog post. 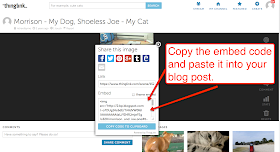 Step 3: If you want visitors to your blog to add pinmarks to the image open the "edit" menu on the right side of the screen. 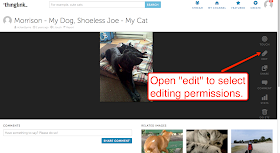 Step 4: Choose the permissions for your image. 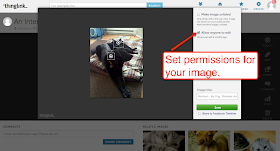 You might not be able to take your students on field trips to all of the places that they learn about in your classroom, but thanks to the web you can take them on virtual trips to many neat places. Here are some of the virtual tours that I've explored over the years.

It seems like every week Google adds more Street View imagery to Google Maps. Through Street View students can take tours inside the White House, visit research stations in Antarctica, virtually hike the Grand Canyon, or go under water to explore the Great Barrier Reef. Some of these places are featured in the Google World Wonders Project.

You might not be able to take your students on a field trip to the Smithsonian National Museum of Natural History, but you can take them on a nice virtual tour of the museum. The museum's virtual tours are 3D panoramas of the rooms of the museum. As you go through each room you can click on small camera icons to get a closer look at various museum artifacts.

History Buff is a neat website that teachers of US History should spend some time exploring. One of the best features of History Buff is a set of fifteen narrated panoramic tours of interesting and significant historic sites. Some of the panoramas you will find in the collection include Davy Crockett's childhood home, Appomattox Courthouse, Thomas Edison's birthplace, and Valley Forge.

The Virtual JFK Museum Tour takes you to view exhibits and artifacts in the museum. The tour is narrated and in some cases you hear Kennedy's voice. The tour is divided into major themes and events of Kennedy's presidency including his campaign, the Peace Corps, and the Space Race. The tour also includes some information about Bobby Kennedy and Jacqueline Kennedy.

Students Will Enjoy Learning About Animals on This Fun Site

Who Pooped? is an interactive game in which students learn about various animals by guessing which animal created which pile of poop. Believe it or not, there is actually some good information about the animals that follows each round of guessing who created which poop. 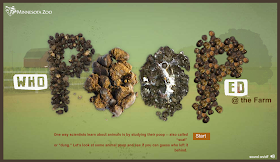 Applications for Education
After your students get over the giggles, Who Pooped? could be a very engaging way for elementary school students to learn about various mammals.
at 8:35 PM
Share
‹
›
Home
View web version