Next month Google Reader will be gone for good. If you haven't found a replacement for it yet, you should do so soon. I'm using Feedly to read RSS feeds now. I've also tried Flipboard and The Old Reader. And now I'm trying out Feedspot. Feedspot is a simple Google Reader replacement. It doesn't have any of the visual effects of Flipboard or Feedly. What it does have is a clean interface that may remind you a lot of Google Reader. In fact, it even uses some of the same keyboard shortcuts as Google Reader. Learn more about Feedspot in the Tekzilla video below.

The games section of Try Engineering features 29 games. Some of the games were developed specifically for Try Engineering while others are hosted on other educational sites like those of NASA and PBS. Like the lesson plans, the games collection cover a variety of topics including solar energy, space science, and bio-engineering. 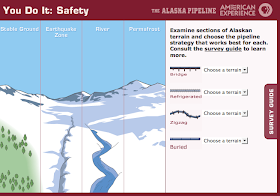 Applications for Education
The games found on Try Engineering are appropriate for middle school and elementary school use. The games could be good activities for students to try after you have used one of the Try Engineering lesson plans addressing a game topic.

Some of the lesson plans address concepts that are appropriate for high school students.
at 9:03 PM
Share

The summer is a great time for us to learn new skills, refresh our memories on topic that we'll be teaching in the fall, and just satisfy intellectual curiosities. The boom in MOOC and other online course offerings means that we don't have to go far to find courses that meet our needs. Here are three places to find your next free, online course.

Open Culture, which I've featured here many times, has a list of more than 700 free online courses. Some of the courses are canned content in the form of recorded lectures while others are course that will be available this summer. Unfortunately, there isn't a search tool on Open Culture just for the courses so you'll have to scroll through the lists to find what you want.

RedHoop is a search engine for online courses that I learned about from a recent Life Hacker post. RedHoop allows you to search for courses from popular providers including Coursera, Udemy, and Udacity. You can refine your search to show only free courses.

Yesterday, I shared a TED-Ed lesson called Making Sense of Spelling. As a follow-up to that post here are some resources that your students can use to develop and practice their spelling skills. 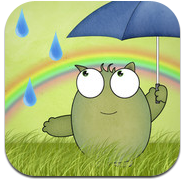 Sproutster is a free iPad game that has a concept similar to the one behind Free Rice. The difference between the two games is that Sproutster wants you to spell words and Free Rice wants you to guess the definition of words. Sproutster asks you to spell three to five letter words by catching letters in a bucket as the letters rain down on you. You don't need to catch all of the letters. You just need to catch letters in sequence to spell any word that you like (proper nouns don't count). When you have spelled a word dump it out to make a plant grow. When the plant has reached its full size you move on to the next level. For each plant that is grown Sproutster donates 30-50 grains of rice to the UN WFP.

Dictionary.com offers six registration-free and fun word games. The two games that I like best are Miss Spell's Class and Word Kingdom. In Miss Spell's Class students are presented with twenty commonly misspelled words and quickly decide if the spelling they're looking at is correct or incorrect. Word Kingdom could be described as Zelda meets word search. In Word Kingdom players have to construct words in order to earn objects like wood and gold. Once enough objects are earned players can move on to the next level until they have built their Word Kingdoms.

Spell + Friends is a free iPad app that provides students with word lists to practice in a virtual spelling bee manner. There are three modes in Spell + Friends. Learn mode is for creating word lists to study. Practice mode reads words to students that they then have to spell correctly in the app. Compete mode allows students to compete head-to-head against other users of the app. In the Learn mode students select new words to learn. There are more than 2,000 words in the word bank. The words are divided into three categories based on how frequently they are used.