A Small Collection of Resources for Learning About Mount Everest 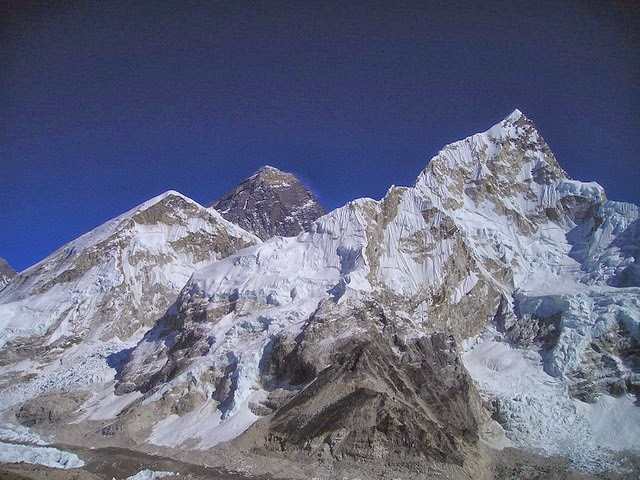 Panoramas.dk, hosts dozens of other interactive panoramas from around the world. Included in that list is a 360 degree interactive panoramic image taken from the peak of Mt. Everest. Using that panoramic image students can see what mountaineers see when they stand on the peak of Mt. Everest. The image includes views of the famous Khumbu valley as well as Everest's neighboring peaks Lhotse, Changtse, Makalu, and Nupste. The rest of the list of interactive panoramas includes views of cultural festivals and tourist attractions. The database of US panoramic views includes the Grand Canyon, the Jefferson Memorial, and two dozen other panoramas.

Last year I read Mount Everest, The Reconnaissance 1921 which I downloaded for free from Google Books. In the introduction there is a three page explanation of the methods used to measure the height of Mount Everest. An explanation of the differences in measurements is also provided in the introduction. Part of that explanation includes differences in snow fall, cyclical deviations of gravity, and differences atmospheric refraction when observations were made. I'm not a mathematics teacher and will never pretend to be one, but reading that introduction did get me thinking about a possible mathematics lesson.

Snow in the Kingdom: My Storm Years on Everest by Ed Webster is one of the best books ever written about Mount Everest. If you enjoy good adventure stories and or stories about overcoming personal struggles, I think you will enjoy Webster's book. For my money, and I own two copies of it, it does a far better job of explaining how it feels to be on Mount Everest than any of the two dozen or so books that I've read about Mount Everest and the Himalaya.

Google Maps Special Collections includes Street View imagery for Mount Everest, Mount Aconcagua, Mount Elbrus, and Mount Kilimanjaro. Those are four of what are referred to by mountaineers as the Seven Summits.

All of the resources above give a very western perspective to Mount Everest. There's another side of Everest and that is the perspective of the Sherpa people who are native to the area and have climbed Everest more than any other group. To see a different perspective on Everest watch this BBC documentary about Sherpas who work with westerners on the mountain. You can watch the video below. Before showing the video to your students, you may want to remind them that Sherpa is an ethnic group, not a job title. 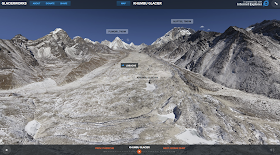 For younger students the following video from MocomiKids provides an overview of basic facts about Mount Everest.