A Small Collection of Resources for Teaching About Apollo 11 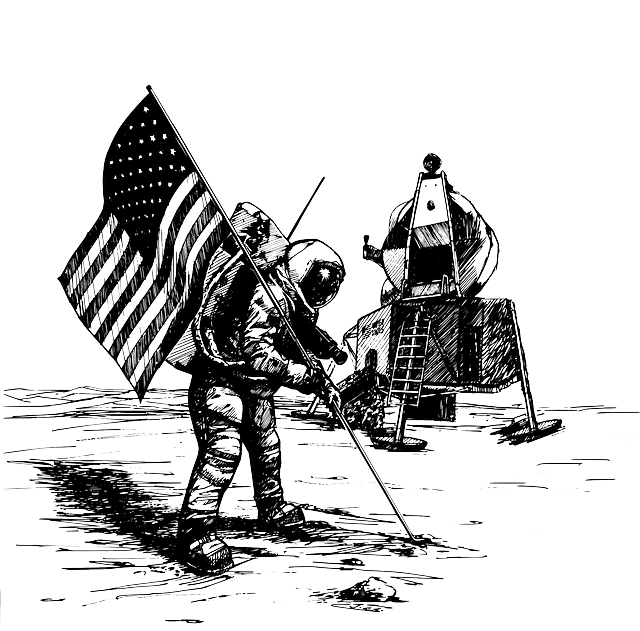 Today marks the 45th anniversary of Neil Armstrong and Buzz Aldrin becoming the first people to walk on the moon. This is my small collection of resources for teaching and learning about the Apollo 11 mission.

We Choose the Moon is a project put together by the John F. Kennedy Presidential Library. We Choose the Moon has eleven stages that viewers can follow as the mission progresses. If you visit We Choose the Moon you can explore image and video galleries capturing the sights and sounds of the lead-up to the launch. Included in these galleries are videos of President Kennedy talking about the goal of putting a man on the moon.

If your students want to explore more of the moon have them visit Planet In Action. Planet In Action is a fun website that features three games based on Google Earth. All three games utilize Google Earth imagery and navigation. The three games are Ships, Places, and Moon Lander. In "Places" you navigate, from a helicopter view, five popular places including the Grand Canyon. In "Ships" you become the captain of a fleet of ships to navigate famous ports of call. And in "Moon Lander" you take control of the Apollo 11 moon lander and guide the "Eagle" to touch-down.

Moonwalk One is a NASA documentary about the Apollo 11 mission. The video contains historic imagery and videos of the mission along with videos of reactions to the landing. Jump to the 45 minute mark if you're only concerned with the launch, landing, and return to Earth.

Millions of Americans watched CBS News for coverage of the Apollo 11 mission. The video of the CBS News broadcast is available here.