This is a guest post from Samantha Morra of EdTechTeacher.org, an advertiser on Free Technology for Teachers.

Many of us using technology in the classroom find ourselves caught between two worlds: Apple and Google. Apple’s iPad is a fantastic tool in the classroom which provides students with various opportunities to consume, create, and communicate. Similar to a swiss-army knife, it is only limited by how we choose to use it. At the same time, Google apps provide students with cloud-based services, from search to document creation and sharing, that work seamlessly on iPad.

So, what are some of the best ways to experience Google on the iPad? Let’s take a look at two apps from Google: Google Search and Drive. 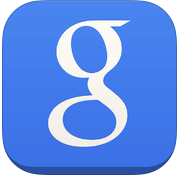 Usually when you think of Google you think of searching first. The Google Search app has a nice clean interface: a search bar, a history button, a voice search button, an apps button, and Google Now cards. Most of the features are pretty intuitive. While, I like the apps button because it provides access to many Google apps and sites from one place, my favorite part about this app is Google Goggles.
With Google Goggles, you can take a picture with the iPad camera, and Google Search will scour the internet for that picture. This is a great feature that taps into two of iPad’s strengths: mobility and image capture. 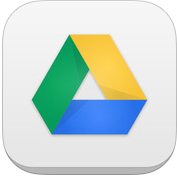 The Google Drive app offers some great features on iPad. You can create docs, sheets and folders, as well as open, edit and collaborate on any doc or sheet that you started from another device. There are also two great features that bring out the best in your iPad: speech-to-text and supporting workflow.

I have tried speech-to-text on other apps and sites with minor success; however, it works really well when creating documents in Drive. The best part is that because it syncs with the cloud! This means that you could be on the same document from a computer as well as iPad, talk into iPad, and the text will also appear instantly on the computer. This is an amazing feature - especially for students who struggle with writing.

Another powerful feature of Google Drive is how it supports workflow on iPad. You can upload video and images from the camera roll right into your Google Drive. This is a great way to get an important video or image off of iPad and onto your computer or another device. It is also a great way to collaborate. You can gather class images and video in Drive and then share or merge them together on a single device. Google Drive liberates your creative masterpieces from a single iPad.

A final great workflow feature in Drive is “Open In…” Any file, in any format, can be stored in Google Drive. This feature gives you a variety of options for how you want to open that file and use it on iPad. For example, you could open a PDF from Google Drive in iBooks, Evernote, Subtext, or any other app that might allow for PDF Annotation.

Google and iPad compliment each other beautifully, and together can make a great tool for learning and teaching.

To learn more about Google and iPads, Samantha will be leading Summer Workshops in Chicago and Cambridge as well as presenting at the July 28-30 EdTechTeacher Summit.
at 3:25 PM
Share

Cross-posted from one of my other blogs, iPadApps4School.com

Last Friday I was asked if I could share instructions for teachers and students using the latest version of the Google Drive for iPad app. I'm in the process of organizing all of my screenshots into a PDF. In the meantime, I have the following video overview of how to use the basic features of Google Drive iPad. At the end of the video I offer a tip about using multiple sign-in on shared iPads. 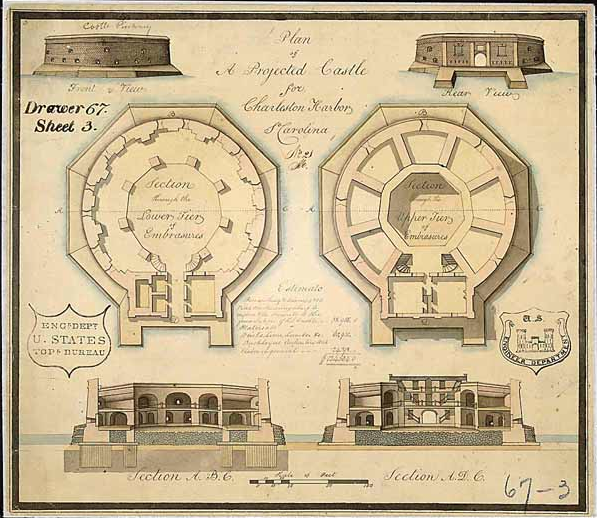 Designs for Democracy is an online exhibit created by the National Archives and Records Administration. The exhibit features drawings, sketches, and pictures that demonstrate the creativity and ingenuity of Americans through history. The exhibit is divided into three sections tracing the development of the United States from its early beginnings through the 20th Century. Each of the three sections contains images in the categories of symbolism, improvements, science and technology, and artistic expression.

Applications for Education
Designs for Democracy is a good place to find images that can be used as the basis for classroom conversations or VoiceThread projects. For example, you could use the drawings from a sewing machine patent application to start a conversation about the Industrial Revolution.
at 8:30 AM
Share

Little Bird Tales is one of the replacements for Kerpoof (closing on April 15th) that I recommended yesterday in this post. Little Bird Tales is a nice site intended for younger students to use to create digital stories. Little Bird Tales walks users through each step of creating a multimedia story. Users can upload images, draw images, or record from their webcams. Stories can be written with text or narrated by students using microphones connected to their computers.

In the video below Beth Holland from Ed Tech Teacher (an advertiser on this site) demonstrates how to use Little Bird Tales and she makes suggestions for classroom use.

Explore the Temples of Angkor Through Google Street View


Applications for Education
Browsing Google Maps Street View imagery is one of my favorite ways for students to virtually explore the world. Browsing Street View imagery provides a prospective that that they generally can't get by flipping through printed images or looking at flat maps.
at 6:30 AM
Share

The Google Cultural Institute is one of my favorite sites for students in history, geography, and art courses. The online exhibitions in the Google Cultural Institute feature art, videos, audio, and text about significant historical and cultural people, places, museums, and events. Some of the exhibitions like the Eiffel Tower Exhibition incorporate the use of Google Maps Street View imagery too.

The Google Cultural Institute is divided into three main categories; World Wonders, Historic Moments, and Art Project. In all three categories you can compare items using the built-in comparison tools that allow you to select items throughout a collection to view them side-by-side. You can also build galleries of favorite images. (A Google Account is required in order to do those things).


Applications for Education
The Google Cultural Institute is a great site to have students explore to view artwork, find answers to questions, and have new questions and curiosities sparked in their minds.