Your audience can respond to your ParticiPoll poll through their cell phones, tablets, or laptops. To respond they simply go to the URL for your poll and choose a response. When you want to display the poll results you just click to the next element in your PowerPoint slidedeck and the results are displayed for all to see. All polls are anonymous.

Watch the video below for a complete overview of ParticiPoll.


ParticiPoll.com - Free Audience Polling for PowerPoint from ParticiPoll on Vimeo.

ParticiPoll's free plan allows you to create and deliver as many polls as you like. The paid plans allow you to collect audience comments and to keep a history of poll results.

Applications for Education
The market for audience polling tools is a crowded one with Socrative, Infuse Learning, and Kahoot getting most of the attention in the K-12 market. The one thing that ParticiPoll offers that could make it appealing to some teachers is that you don't have to leave your slidedeck in order to administer a poll. If you use PowerPoint you might consider using ParticiPoll to include some simple "do you get it" questions after every few slides.
at 11:38 AM
Share

Three years ago I explored and reviewed the San Francisco Symphony Orchestra's website for kids called Keeping Score. Recently, the site was overhauled with new features and a new name. The new site is called SFS Kids and it is loaded with good activities for elementary school and middle school students.

On SFS Kids students can learn to compose and play music. Your students can jump into any section of SFS Kids and start learning, but it is probably best if they work through the sections in order. Students get started on SFS Kids by listening to samples of different styles of music performed by the symphony. A pop-up dialog box appears with each selection of music. In that dialog box students will learn a bit about the style of the composition and performance they're hearing. After listening to a selection of recordings students move on to playing games in which they try to recognize and match rhythms.

In the "performance" section of SFS Kids students learn about the instruments commonly heard in a symphony orchestra. After learning about how the instruments are played it is time for students to jump into the "composition" section of SFS Kids where they'll work through a series of lessons on the basics of composition and begin writing their own pieces. 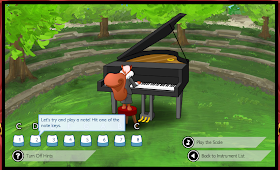 The roles of the conductor of an orchestra can appear to be simple to the untrained eye and ear. In the "conduct" section of SFS Kids students learn what a conductor does. Students can try their hands at conducting a virtual orchestra after they learn that a conductor does more than just wave a baton.

Applications for Education
Students could spend an hour on SFS Kids and still not run out of things to explore. In a 1:1 setting you could have students create compositions on the site and then share them in your classroom as mini-concert of original compositions.

H/T to Larry Ferlazzo for the news about the update to SFS Kids.
at 10:57 AM
Share

Science Friday is a must-bookmark for teachers and students of science. On Science Friday you will find interesting videos and articles about a wide array of topics in chemistry, biology, physics, space science, and much more. As the name implies, new videos appear on Fridays. One of the videos from earlier this month that I like is about crystal formation in chocolate.


Each video is accompanied by a set of links for further reading on the topic. One of the links accompanying the video above takes you to this 33 page PDF about the science of candy.

Applications for Education
Science Friday offers lesson plans, many of them hands-on, that you can find in the education section of the site. To find a lesson plan just click a word in the word cloud on the education page. Each lesson plan includes a suggested grade level and links to the national science standards addressed in the lesson. Lighting Up Celery Stalks is one of the featured biology lesson plans that I think students will enjoy.
at 9:28 AM
Share

If your school is not yet out for the summer, you're probably in the home stretch. This is the time of year when we spend a lot of time reviewing everything that we did during the school year. While your students should definitely review their notes, they might want to supplement those notes with some online video content. Hank and John Green's Crash Course is an excellent place for high school students to turn to when they need some review videos. Eight courses in literature, history, and science are now available through the Crash Course YouTube channel. 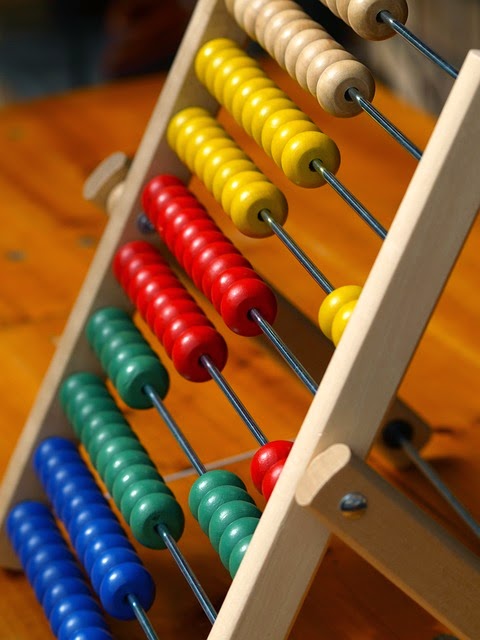 Math in Real Life is a series of 33 TED-Ed lessons. The "real life" context in these lessons isn't things like "how calculating percentages helps you be a frugal shopper." The "real life" context found in the videos in the Math in Real Life series is broad in nature. For example, you will find lessons about how math is used to guide ships and calculating rates of travel in space.


Applications for Education
The Math in Real Life series of TED-Ed videos, like most TED-Ed videos, could make nice extensions to your classroom instruction.
at 8:17 AM
Share
‹
›
Home
View web version