One of the questions that I am asked on a fairly frequent basis is, "should I create a blog, a wiki, or a website for my classroom?" Each platform serves a slightly different purpose. Years ago I created a small set of slides to outline the features of each platform. Yesterday, I rediscovered those slides and found that they are still useful. I have embedded them below.


My friends at Common Craft also have some good explanations of blogs and wikis. You can see those videos below.

QR Codes & Augmented Reality - When and Where To Use Each 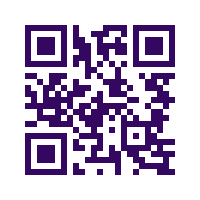 Augmented reality apps like Aurasma can provide a fun and interesting way to present new information to students. But, like anything else, there is a time and place for using augmented reality in education. At other times a QR code may do a better job of delivering information to your students' mobile devices. Let's take a look at use cases for each.

Augmented Reality
Augmented reality is intended to layer digital information on top of the what we see in the physical world. The example used in Augmented Reality Explained by Common Craft is the information a fighter pilot sees in his or her lenses while flying. Another example is using an AR app like Aurasma to layer information onto a mobile device when a physical object is captured by the device's camera. In short, AR puts digital content into a physical context.

Creating and sharing layers of augmented reality information is useful when you have a large physical object that you want people to learn more about through their mobile devices. A great example of this is found when we look at statues and buildings. By creating an AR layer and sharing it through Aurasma we distribute information about those large physical objects. The information that we distribute through Aurasma can be in the forms of videos, images, text, sounds, or animations. Again, we're trying to put digital content into a physical context.

Another use case for AR is creating virtual manipulatives for students. Elements 4D is a free augmented reality app through which students can virtually manipulate elements that you would never be able to use in a high school classroom. Samantha Morra wrote an extensive post about Elements 4D. You can find her post here. Johnathan Newman wrote a great post about using another AR tool called Augment to create virtual manipulatives that were included in an assessment in his science classroom.

One other example of using augmented reality to put digital information into a physical context can be found in the digital storytelling app Tellagami. Tellagami allows you to take a picture to use as the setting for a short video that features your talking avatar. Last week I saw a teacher-librarian use Tellagami to create a short "welcome to the library" video in which her avatar was placed in the same place that you would typically find her in the library. The same concept could be applied to create short videos in which you explain fire drill procedures, bus line procedures, or lunch line procedures.

QR Codes
Augmented reality doesn't work out as well when the information that you want to share is primarily text-based. In that case using QR codes is a better way to share information.

The basic purpose of using a QR code is to allow people to quickly access information on their mobile devices without having to type URLs or other long strings of information. To that end, here are a few examples of how I've used QR codes.

QR Droid is one of the tools that I have used to create QR codes. Through QR Droid I have created QR codes for sharing my contact information with parents on parent-teacher conference day. I simply enter my contact information into the QR Droid generation form and it generates a code for me. Then I print out the code and paste on a note outside my door and paste into any handouts for the night. When parents scan that code they get all of my school contact information in one fell swoop. QR Droid will also allow you to share calendar information, chunks of text, and links to websites.

Goo.gl is Google's URL shortening service. I use that option when I want to share a link and track how many times my students have used the link. When you click on the "details" link after shortening a link in Goo.gl you will be taken to a screen that offers a QR code as well as information about the number of times your link has been used. This is great for seeing if all of your students have arrived on a webpage. I use this feature for any link, including Google Docs links, whose click count I want to monitor.

LiveGap Charts Builder is a free online tool for quickly creating simple line and bar charts. To create a chart just head to charts.livegap.com and enter your data into the spreadsheet that appears. Your chart will change to reflect your data as you type.

Applications for Education
Yes, Excel and Google Spreadsheets have options for creating charts from your data, but those options might be a little too complicated for the times when you or your students just need to quickly generate a chart to use in a slide or share in a blog post. LiveGap Charts Builder will let you and your students quickly generate charts from simple data sets.
at 8:29 AM
Share

Chatterpix and YakIt: Great Apps to End the School Year

This is a guest post from Samantha Morra of EdTechTeacher.org, an advertiser on this blog.

The year may be winding down, but you still have your students for a few more precious weeks of school. If you have access to iPads in your classroom, a great end of the year activity with your students is to make pictures talk, create animations that anthropomorphize objects, or use personification to demonstrate understanding. It's actually a great activity anytime of the year. You can create with your students and keep them engaged and learning right up until the last day.

Two fantastic sets of apps for creating talking pictures on iPads are ChatterPix / ChatterPix Kids and YakIt / YakIt Kids ($.99). With both sets, the non-kid versions provide additional sharing features such as uploading to e-mail and social media sites like YouTube, Facebook and Twitter, while the “kid” versions only save to the Camera Roll.

ChatterPix Kids and ChatterPix from Duck Duck Moose are simple, elegant, and useful apps. Both allow students to take a picture or use an image saved to the camera. With a swipe of their finger, students can draw a mouth on any image. There is one button to press to record, and the mouth then animates with the recording.

YakIt Kids and YakIt from Freak’nGenius are similar to ChatterPix Kids but have a few more features which make them slightly more complicated to use but add more to the final product.

These apps have the same features as ChatterPix Kids and ChatterPix plus:


Since all of these apps save to the camera roll, they are great for app smashing or building and blending with other apps to create something that exceeds the possibilities of just one app.

Here are some examples:


Creating talking pictures or animations offer amazing possibilities in the classroom. These two apps are so easy to use, students can complete a simple project in a short amount of time or make more complex projects that can lead to collaborative videos, ebooks, or websites. Not only are these apps fun for students, but they also allow them to think, create and demonstrate understanding.

To learn more about teaching with iPads and other technologies, EdTechTeacher will running Summer Workshops this summer in Austin, Berkeley, Cambridge, Chicago, and Los Angeles. Samantha will also be presenting at the July 28-30 EdTechTeacher Summit.
at 8:00 AM
Share
‹
›
Home
View web version