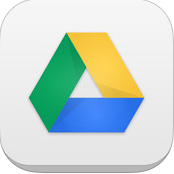 Today, Google announced the release of a new version of Google Drive. The new version, to be rolled-out over the next few weeks, features a new interface intended to offer simplicity of design and function. In the new interface you will be able to right click on any file to open it, share it, move it to a folder, or see the most recent activity on it. The video below provides a short overview of the new version of Google Drive.

Create Geo-located Comic Stories With Google Earth and Storyboard That Disclosure: Storyboard That is an advertiser on Free Technology for Teachers.

Creating digital stories is one of my favorite uses of Google Earth and Google Maps in the classroom. In the past I've written about Google Lit Trips. I've also written about having students use Google Maps to tell a story about historical events. Last night I had a conversation with the developer of Storyboard That, Aaron Sherman. Aaron and I talked about the idea of using Storyboard That develop a comic story that is displayed in a Google Earth tour.

Storyboard That provides templates in which you can create your stories in a comic strip style. To help you create your story Storyboard That provides dozens of scenes, characters, and text bubbles to fill your storyboard's frames. Each element that you drag into your storyboard's frames can be re-sized, rotated, and re-positioned to your heart's content. Your completed storyboard can be saved as a comic strip, saved as a set of images (one image for each frame), or saved as a set of PPTX slides. Saving as images is the option to use if you want to use your comic strip's frames in Google Earth or Google Maps placemarks.

Applications for Education
Consider combining the ideas of Google Lit Trips with the idea of creating comics to write book summaries or book endorsements. After students have created their book summaries through Storyboard That they can then drop their comic images into Google Earth to create a comic Google Lit Trip.

TinyTap Adds Support for Creating Your Own iPad Games With Videos 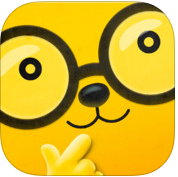 TinyTap is one of my favorite iPad apps for pre-K and elementary school teachers. TinyTap allows you to create simple identification games based on the pictures that you take with your iPad. Today, TinyTap added support for using videos in the games that you create. In this post TinyTap offers a nice tutorial for using video. Watch the video below for an overview of the TinyTap concept.


Applications for Education
One of the ways for using TinyTap that I have shared in the past is to create games to help students learn about their classrooms and school building. You could use TinyTap to take pictures of hallways and rooms in your school then turn those pictures into identification games.
at 11:49 AM
Share 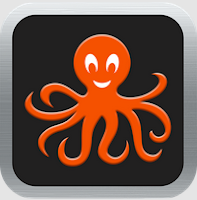 Applications for Education
The best feature of the OpenEd assessment creation tool is the option to associate images and videos with specific questions. This option not only allows you to use media in your questions, but it also allows your students to see suggested review resources when they don't reach a standard on your assessment.
at 11:14 AM
Share
‹
›
Home
View web version