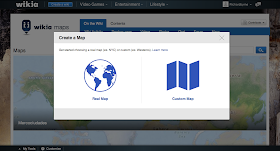 Applications for Education
My first thought when I saw the custom option in Wikia Maps was that it could be a good tool for students to use to create maps about fictional places they have read about in their favorite books. To do this students would draw a map of what they think a fictional town or fantasy world looks like. After completing the drawing, students would take a picture of it and upload it to Wikia Maps where they can add multimedia placemarks to their maps of fictional places.

Applications for Education
The ability to moderate comments has long been the feature that teachers have wanted to see in TodaysMeet. The moderation feature along with the new options for creating accounts and closing discussions early make TodaysMeet a better option than ever for hosting classroom backchannel discussions.

ClassDojo, the popular student behavior recording service, has added two frequently requested features. The first new feature allows teachers can to share classes with each other. This allows lets multiple teachers record information about students in the same class. Being able to share classes will be great for teachers who have assistants working with students.

The second new feature allows teachers to share reports with other teachers or school administrators. Teachers in the same school can share students across different classes and view their student reports. Individual students can now move between different teachers and classes, but still build on their progress over time. In other words, you can keep the records moving from year to year.
at 10:51 AM
Share

Lingua.ly Launches an iOS App for Learning a Language on the Go 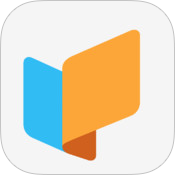 Lingua.ly is a free service that is designed to help its users learn a new language while browsing the web. The service initially launched as a Chrome app then added an Android app. Now Lingua.ly is available as an iOS app.

The Lingua.ly iOS app creates flashcard activities based on the words that you select from a dictionary or from articles that you read through app. To get started select the language that you're studying (Lingua.ly's iOS app supports English, French, Spanish, Russian, Arabic and Hebrew) then enter words by typing them or pasting them into your account. After entering your words Lingua.ly creates flashcards with pictures. The app will read the words to you. After studying your flashcards you can use the app to search for web articles that utilize the words you're learning.