PDF - A Round-up of Summer Updates to Google Apps, Drive, Maps, and G+

Last week I published a post about the updates to Google Apps, Drive, Maps, and Google+. Since then there have been more update, most notably Google Classroom opened to all GAFE users. If you're looking for a list of updates to print and share with teachers at your school, take a look at the PDF that I have put together. The PDF is embedded below (hosted by Box.com) and you can download it here.


If you're viewing this in RSS or email you may need to visit the blog directly to see the PDF.
at 9:47 PM
Share 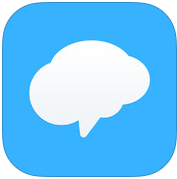 Remind (formerly known as Remind 101) has added a couple of helpful new features to their free text messaging service. First, you can now use the mobile apps to send structured feedback. According to the press release that was sent to me you can now use Remind to send questions or quizzes, track attendance for trips, gather votes or collect stars from your classes.

The second significant update coming to Remind on August 28th will allow you record and send personalized voice greetings to students and their parents. Make sure you update the app on August 28th to take advantage of this option.

Readers outside of the United States and Canada will be happy to know that Remind can be used outside of North America. The Remind app can be used to message through wi-fi, but not through SMS. This feature was released a few weeks ago.

Applications for Education
Text messages are opened and read much faster than emails or voicemails and Remind capitalizes on the pattern by allowing you to send text messages to students and their parents. The service is an opt-in service so students and parents only receive messages from you if they want to. Remind also protects privacy by masking the real cell phone numbers of all parties involved in the messaging.

Clarification at 8:27pm: I originally published this post at 5:47pm on the basis of a press release from Nectar PR, Remind's PR firm. The information they gave me did not indicate that the features listed above wouldn't be available until August 28th. I should have done a better job of verifying that the voice update was live right now. My apologies for any confusion.
at 5:47 PM
Share

Today, at the New Teacher Academy at Boston College I answered some questions from teachers worried about students discovering more about technology than they could discover. The solution that I proposed is to have your students practice their presentation skills by showing off a "hidden feature" of their iPads, laptops, Chromebooks, or Android devices.

At the beginning of the school year when students receive devices from the school or bring their own devices to school for the first time, ask them to give a two or three minute presentation about their favorite hidden feature of their devices. Don't have them make slides. Have them hook-up to projector to give a short demonstration and explanation. Ask them to share what they like about their favorite hidden features and why those hidden features could have value to other students.

A tip for making this exercise comfortable for all of the students; resist the urge to let the demonstrations become a competition. This activity isn't about determining which students know the best "hidden features" it's about giving students practice speaking in front of their classmates while helping you their classmates learn about iPads, laptops, Chromebooks, or Android devices.
at 5:14 PM
Share

Earlier this year ClassDojo added a messaging service to their free mobile apps. This week ClassDojo launched stand-alone messaging apps for iOS and Android. The ClassDojo Messenger apps are purely for messaging and don't include the other elements of ClassDojo.

Applications for Education
It appears that the purpose of the Messenger app is to make communication between teachers, parents, and students as streamlined as possible. Otherwise, I'm not sure why you would need Messenger when the original ClassDojo apps still have the messaging option included in them. ClassDojo's messaging service, like that of Remind and similar messaging services, hides the personal contact information of the teacher and the of the parents. Parents have to opt-in to receive messages from the teacher.
at 2:17 PM
Share

This morning I am speaking at the Catholic Schools Foundation's New Teacher conference at Boston College. Some of the best advice for new teachers comes from experienced teachers. A couple of times over the last few years I've asked readers of this blog to contribute to Google Presentations to share their best tips for new teachers. Those presentations are embedded below.