Earlier today Google released their 2014 Year in Search video and website. The video and site feature the most-searched terms in eight categories; sports, headlines, fame, science+tech, loss, day-to-day life, web culture, pop culture. On the website you can dive into each of the search trends to see from where and when the most searched terms originated.

Applications for Education
By using Weavly your students could create their own year-in-review videos by splicing together portions of multiple YouTube videos.

Weavly is a video creation tool that provides a simple drag and drop interface that allows you to search for, trim and combine tracks without ever leaving the Weavly site. You can mix together video and audio from YouTube, Vine, and SoundCloud. You can also add animated GIFs from Loopcam, Tumblr, and Imgur. To start creating your Weavly video perform a search for video content. When you find a video clip that you like drag it to the Weavly editor where you can adjust the start and end times of the clip. Then move on to adding sounds by search for sounds and dragging them to the Weavly editor where you can again trim the start and end times. Finally, you can add some animated GIFs by searching for them and dragging them into the editor. You can repeat all of these steps as many times as you like to create your video.
at 9:52 PM
Share

Helpful Features Added to Google Slides and Docs for Android

The Android apps for Google Slides, Docs, and Spreadsheets recently received updates. The Slides app now supports supports inserting, moving, resizing, and rotating text boxes, shapes, and lines. The Docs app now allows you to customize line spacing just as in the web version of Google Docs. The Spreadsheets app has new vertical and horizontal scrolling for easier navigation of your spreadsheets.

These updates bring the Android versions of Docs, Slides, and Spreadsheets closer to the web versions. The Docs update is helpful to students who must double space work for their teachers. The Slides update is fantastic for students who need to make some last-minute edits to slides before a presentation.
at 9:19 PM
Share

My Two Steps for Keeping Up With a Firehose of Information 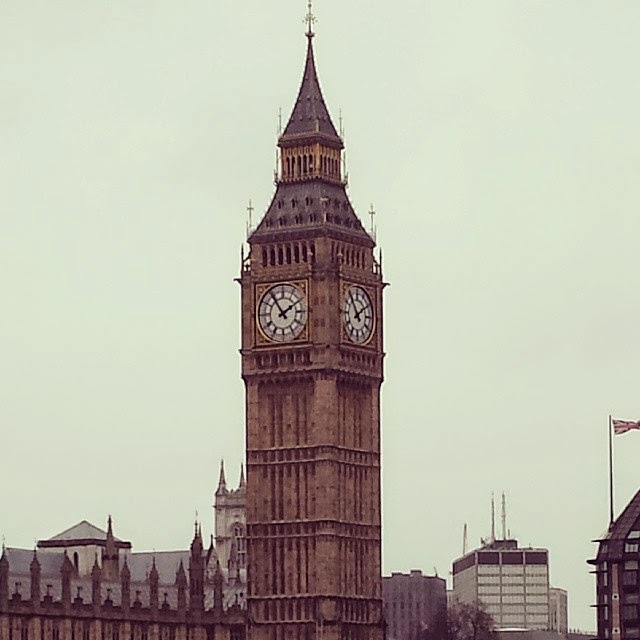 One of the questions that I am almost always asked when I appear on podcasts or Google+ Hangouts is something along the lines of, "how do you keep keep up with everything?" You might think that I spend eight hours a day just reading Twitter, Google+, emails, and blog posts. I don't do that. In fact, only a small part of my day is spent on keeping up with the latest news. Over the years I've developed a simple system that allows me to efficiently keep up with new information.

Twitter: I utilize Twitter lists to keep up with new things. I have lists organized according to jobs (a list of teachers, a list of administrators, a list of tech coordinators) and location. The location factor is one that I only started to use this fall. I use the location-based lists to see what teachers are talking about in different parts of the country and the world.

I check in on Twitter a few times a day, but I don't have it installed on my phone. Scrolling through my lists and replying to @ Tweets a few times a day gives me plenty of time to keep up without becoming an all-consuming distraction from the rest of my work. If you check your Twitter lists during the commercial breaks of your favorite TV shows and once during lunch, you're spending enough time on Twitter. Add-in a following a Twitter chat once a week and you definitely have Twitter covered.

Feedly: I subscribe to roughly 300 blogs and websites. For years I used Google Reader to keep up with them. When Google shuttered Reader, I switched to Feedly and have now used it for the last two years. Feedly has two big appeals to me. First, the visual layout of vertical tiles on my tablet’s screen and vertically scrolling rows on my laptop’s screen just fit with how I process information. Second, from Feedly I can quickly share to Evernote for bookmarking and to Google+, Twitter, and a myriad of other social networks. (I should note that Feedly seems to act a little differently on my iPad. For that reason I tend to use my Android phone, Nexus 7 tablet, or my laptop when catching up on feeds).

I check Feedly in the morning before I do anything else online. I check it again around lunch time. I check it a third time in the evening while watching television. Occasionally, I will scroll through some feeds while in bed if I am having trouble falling asleep.

In the videos below I demonstrate how to get started with Feedly and how to use it in conjunction with Evernote.

NOVA Labs is site through which students and other aspiring citizen scientists can participate in virtual labs. Some of the labs have been going on for years while others like the RNA Lab are relatively new.

The RNA Virtual Lab is designed for students to learn about the molecular shapes and functions of RNA strands. Students progress through the virtual lab by first watching tutorials then trying to design biomolecules. If students successfully complete all of the challenges in the virtual lab they will be sent on to the Eterna multiplayer online game where they can then collaborate with others on the design of RNA molecules.


Applications for Education
NOVA provides teachers with a comprehensive guide to use the RNA Virtual Lab in their classrooms. Even if your students are not going to advance to the Eterna multiplayer game, they can still learn a lot by taking the RNA video quizzes that are found throughout the lab. 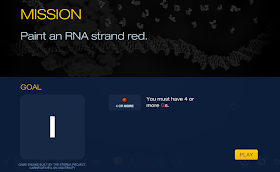 Disclosure: BoomWriter is an advertiser on FreeTech4Teachers.com

ProjectWriter is a new offering from the folks at BoomWriter. The purpose of ProjectWriter is to provide you with a platform through which you can develop and manage group writing projects for your students.

Through Project Writer you can create writing assignments for students to complete in groups that you organize. Students log into their BoomWriter accounts (you can manage those accounts) and select the ProjectWriter tab to see their group and the assignment. 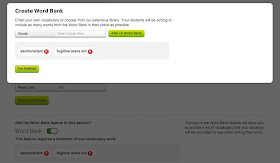 ProjectWriter allows all of the students in a group to write their own essays then vote on the best one to submit as the final work. If the project that you assign has multiple parts, each student will write a submission for each part then the group will select the best submission for each part of the overall project. As the teacher you can view all of your students' writing and give them feedback regardless of the group's decision.