Canva for Education - Lesson Plans Incorporating Visuals Across the Curriculum 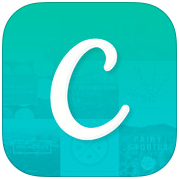 Canva is a nice tool for designing infographics, collages, flyers, and slides in your web browser or on your iPad. I've been a fan of the service since it launched. In fact, I like it so much that I became an unpaid advisor to them when they started thinking about developing resources specifically for teachers.

The new Canva for Education site features eighteen lesson plans written by Vicki Davis, Steven Anderson, Terri Eichholz, and Paul Hamilton. The lesson plans include things like Paul's making historical infographics in which students summarize and visually represent the connections between historical events and their causes. For the elementary school crowd Terri has a lesson called Initial Selfies in which students learn to isolate and pronounce the initial, medial vowel, and final sounds. One of Steven's lesson plans calls for students to build graphics about percentages. And to take advantage of students' familiarity with Facebook, Vicki has built a lesson plan in which students build historical figure fan pages.

Check out the Canva for Education page to find all of the lesson plans and tutorials on how to use Canva.
at 4:53 PM
Share 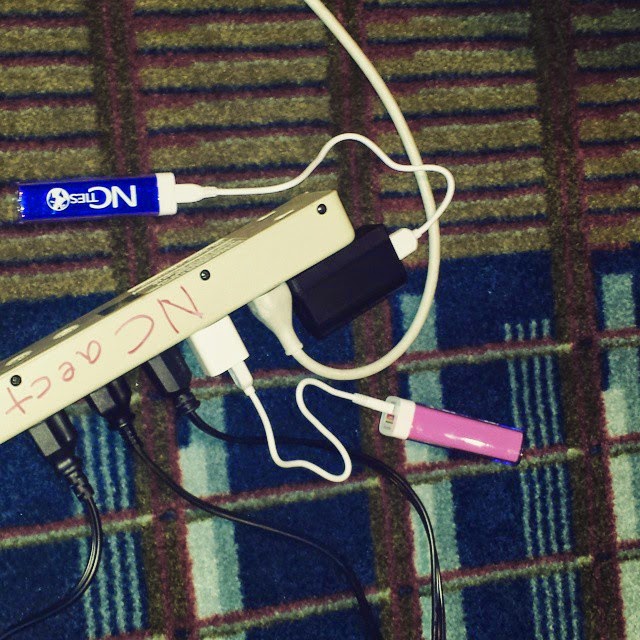 Good afternoon from the FreeTech4Teachers.com World Headquarters in Maine. This week I had the privilege to once again present at the NCTIES Conference. If you are in the greater North Carolina area, the NCTIES conference is one that you don't want to miss. Everyone there knows how to have fun while sharing and learning from each other. As you can see in the picture to the left, everyone shares powerstrips too.

Registration is open for the spring and summer sections of my popular online courses Getting Going With GAFE and Blogs & Social Media for Teachers and School Leaders. Graduate credits are available for both courses. People who are subscribed to the PracticalEdTech.com newsletter receive a discount on registration.

Yesterday, at the NCTIES15 conference I gave my updated Best of the Web presentation to the largest audience yet at the conference. Based on the fact that we crashed Kahoot with nearly 500 people trying to play at once and not everyone in the room could see the screen I would estimate that we had 600 or more people in the room. The slides from the presentation are embedded below.


Here's a fun TwitPic picture from the session.

Postach.io is a service that for the last couple of years has allowed you to quickly and easily create a blog through your Evernote account. This morning I received an email informing me that they are discontinuing their free plans and forcing everyone to either pony-up for a subscription or move their content to another service. You can probably guess which course of action I will recommend. March 17th is the deadline to buy a Postach.io subscription or move to another service for your blogging needs.

Tackk and Blogger are the two blogging services that I recommend most frequently these days. Embedded below you will find directions for using both services. Tackk has a great education page available here.

As you'll see in the video you can sign up for Tackk in a variety of ways including using your Edmodo or Google credentials.