CheckItOut is a great little Google Forms Add-on that allows you to create a simple check-out/ check-in system.

With CheckItOut enabled in Google Forms you simply title the set of items that people will be checking out  (iPads for example) then choose if you want people to choose from check boxes, a list, or multiple choice question. After making those selections CheckItOut will create the form formatting for you. Once created you can edit the list of items that being checked-out. When someone uses your form to check-out an item, that item is automatically moved from the check-out field to the check-in field of your form which makes it easy for everyone to see which items are available and which are not.

Applications for Education
CheckItOut will not replace the need for a full-fledged inventory system in a school library. That said, CheckItOut could be a great option for teachers who lend items from their classroom libraries. It's also a good Add-on for people who are in charge of keeping track of iPad or laptop carts.
at 7:30 AM
Share

Resources for Learning About Mount Everest 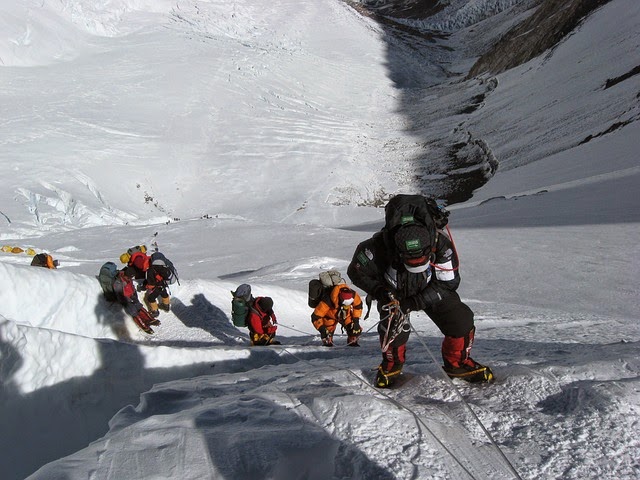 Last week Larry Ferlazzo shared a great interactive infographic about the size of Mount Everest and the effort required in order to climb it. The infographic is called Scaling Everest. What makes the infographic good is that it goes beyond the usual scale of Everest comparisons to buildings and jet flight paths. In the infographic you will find audio of three Everest climbers talking about the approach to Everest basecamp and the nuances of the climb itself. The infographic also provides some interesting facts about plants and animals in the region. 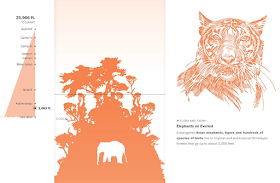 Here are some other good resources for learning about Mount Everest that I have previously reviewed.

Most educational resources give a very western perspective on Mount Everest. There's another side of Everest and that is the perspective of the Sherpa people who are native to the area and have climbed Everest more than any other group. Kraig Becker at The Adventure Blog shared a great BBC documentary about Sherpas who work with westerners on the mountain. You can watch the video below. Before showing the video to your students, you may want to remind them that Sherpa is an ethnic group, not a job title.


Glacier Works, Microsoft, and David Breashears have collaborated to develop a great new site called Everest: Rivers of Ice. Everest: Rivers of Ice is an interactive site that takes visitors on a virtual trek to Mount Everest base camp. There are eight stops along the way to base camp. At each stop viewers can explore panoramic images of valleys and glaciers. After completing the virtual trek to base camp viewers can compare the size of Himalayan glaciers in the 1920's to the size of those same glaciers today.

Panoramas.dk, hosts dozens of other interactive panoramas from around the world. Included in that list is a 360 degree interactive panoramic image taken from the peak of Mt. Everest. Using that panoramic image students can see what mountaineers see when they stand on the peak of Mt. Everest. The image includes views of the famous Khumbu valley as well as Everest's neighboring peaks Lhotse, Changtse, Makalu, and Nupste.

Snow in the Kingdom: My Storm Years on Everest

by Ed Webster (a fellow Mainer) is one of the best books ever written about Mount Everest. If you enjoy good adventure stories and or stories about overcoming personal struggles, I think you will enjoy Webster's book. For my money, and I own two copies of it, it does a far better job of explaining how it feels to be on Mount Everest than any of the two dozen or so books that I've read about Mount Everest and the Himalaya. Ed Webster talks about the book and his experiences in the video below.

Crash Course and SciShow for Kids

Crash Course and SciShow are massively popular YouTube channels offering interesting and educational content for adults and older teens. Unfortunately, many of the videos on both channels include snarky or satirical comments that are questionable for some classrooms. And all of the videos are at a pace that is way too fast for a lot of of middle school or elementary school students. The producers of both channels seem to have come to the same realization as evidenced by the recent launches of Crash Course Kids and SciShow Kids.

Crash Course Kids and SciShow Kids use the same format as their older counterparts. They provide a broad overview of various topics through the use of greenscreen visuals and a lot of talking. The ones that I've watched so far are still a bit too fast-paced for my liking so your students might have to watch them a second time and or pause them to digest the content as they go. I've embedded a video from each channel below.

How to Create a Multimedia Timeline on HSTRY

Last fall I reviewed HSTRY when it was still in beta. Recently, it lost the beta label and opened to everyone who wants to use it to create multimedia timelines. One of the features of HSTRY that I love is the option to insert quiz questions throughout your timelines. HSTRY supports the inclusion of video, audio, and pictures throughout your timelines. The video embedded below provides a short overview of how to create a HSTRY timeline. The video is from HSTRY's extensive student guide.


Applications for Education
As a teacher you can create an online HSTRY classroom in which you can view all of your students' timelines. Building questions into a timeline is a nice way to have students check their understanding of the significance of events in the timelines you share with them. You can build-in explanations of the answers to your questions.

HSTRY is free to use to create and share timelines. They do offer some pre-made timelines for sale.
at 6:00 AM
Share
‹
›
Home
View web version