Tomorrow morning I am traveling to Philadelphia for the annual ISTE conference. I know that a lot of you would have liked to attend this year too. And while nothing can fully replace being there, I will try my best to share with you my big take-aways from the conference. I'll share on Twitter, Instagram, and here on FreeTech4Teachers.com. If there is something that you have a particular interest in learning about from the ISTE conference please complete the short survey below. I'll do my best to cover the most popular selections on the survey.


If you are going to be at ISTE, I would love to meet you. On Monday afternoon I'll be speaking on a panel discussion about professional development. On Tuesday morning you can find me in the Storyboard That booth in the exhibit hall. The rest of the time I'll be popping into presentations and hanging out in the Blogger's Cafe (open to everyone). Please stop me and say hello. (I look just like I do in my pictures except I won't have my dogs with me).
at 11:22 AM
Share

Last summer I reviewed an excellent online learning environment called Otus. The first time that I saw it I was impressed by the functions that it offered. Since then Otus has steadily added more features and this week released a completely revamped web interface for teachers.

In addition to a more intuitive user interface some of the features of the updated Otus platform that jumped out to me include real-time analytics updates, third party app integration, easier seating chart movements, and easier recording of information. The improved analytics menu updates and recalculates as you record information about your students. This is true whether you're recording behavior and attendance information or you're recording scores from assessments.

Admittedly, it had been a while since I tried to update my student roster in Otus. When I went to update it today I found it was easier than before as I simply dragged and dropped student names into place on my seating chart.

If you're looking for a new online course management system to use in the next school year, give Otus a try. I think you will be impressed by the capabilities it offers.
at 10:27 AM
Share

Projection Wizard - Which Kind of Map is Best for Your Project?

To use the Projection Wizard select a distortion property from a menu appearing to the left of the map. Then use the highlighting tool to select the portion of the map that your project focuses on. After you make your map and menu choices you'll be shown a list of the projections that are appropriate for your project. 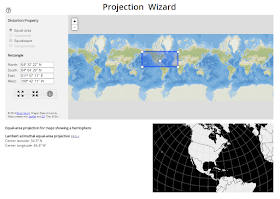 Applications for Education
Projection Wizard is a more advanced tool than most high school geography courses would need. That said, I would use the Projection Wizard to have students discuss the flaws of  various map projections. We'd also talk about why a particular type of projection is better than another for different types of projects. 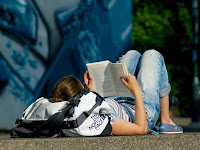 Summer is here (in the northern hemisphere) and it is a great time to dive into some good books. If your students need help finding a new book to read, the following three websites will provide recommendations based on their interests. Of course, they can always ask their local librarians for recommendations too. 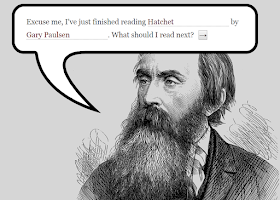 Compared to the Book Seer and Your Next Read 2Titles takes a slightly different approach to making book recommendations. On 2Titles you answer a series of eight questions about your personality and interests before answering questions about books you've previously read. 2Titles will try to prompt you to create an account, but that is an optional step that you can skip if you can find the "skip" link. 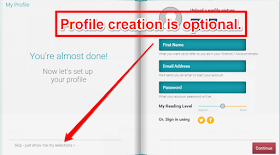