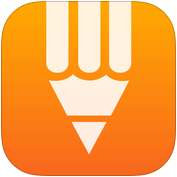 iBrainstorm is a free brainstorming application for the iPad and the iPhone. The app allows you to record brainstorming sessions using a combination of free hand drawings and sticky notes. You can share and collaborate with other users of iBrainstorm. Sharing notes and drawings between users in a local setting is a simple matter of "flicking" an item to another user.


Applications for Education
iBrainstorm could be a great application for schools that are using iPads in a 1:1 setting. The option to combine free hand drawings and sticky notes makes iBrainstorm flexible enough to suit learning and creation styles of most students.
at 9:25 PM
Share

NASA's website full of excellent educational resources. I just did a quick look through my archives and over the last few year I've written about NASA-related topics more than sixty times. Here are five of the most popular NASA resources for teachers and students that I've covered over the years.

NASA's Lunar Electric Rover Simulator is a free iOS app that lets you explore the moon. The app is really a game in which players perform tasks to support the activities of a lunar outpost. Players transport items from place to place and along the way encounter lunar challenges to overcome. The app also includes an interactive gallery of images. You can download the app for free from iTunes.

NASA @ Home and City is a virtual tour of NASA-related science in our homes and cities. Students visiting NASA @ Home and City can rotate buildings and take a look inside to discover everyday items whose development has been influenced by technology developed at NASA. Each item within a building has a narrated explanation of how that items was influenced by NASA technology. For example, students can take a look inside the bathroom of a house to learn how cosmetics have been influenced by technology used at NASA.

Moonbase Alpha is an online game developed by NASA to be played on the Steam online gaming platform. Moonbase Alpha a simulation/ role playing game in which players assume the role of an astronaut working to repair equipment in order to restore oxygen delivery to a settlement on the moon. The game can be played by up to six players at a time who communicate using voice over communication. (To play Moonbase Alpha you do need to install the Steam gaming platform (it's free) on a Windows-based computer.)

NASA Space Place is a sizable collection of fun projects, games, animations, and lessons about Earth, space, and technology. Before playing the games or attempting one of the projects, students should explore the animations and facts sections to gain some background information. The projects section of NASA Space Place provides teachers, parents, and students with directions for hands-on projects like building a balloon-powered rover, building relief maps, and building a moon habitat. The games section offers thirty games covering all of the subjects in the animations and facts sections.

NASA has an excellent interactive timeline tracing the history of astronomy and space exploration from the Greek philosophers through today. Planet Quest is actually three timelines combined into one. The three timelines cover technology, discovery, and culture as it relates to astronomy and space exploration. Each element on the timeline is narrated. Users can select individual elements on the timeline or choose autoplay to hear the narration of each item in sequence.
at 9:09 PM
Share 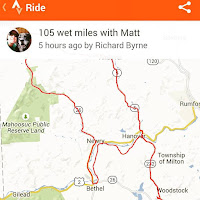 Good evening from Woodstock, Maine where I'm recovering from a long bike ride in the rain. This week I hosted the Practical Ed Tech Summer Camp in Portland, Maine. I huge thank you to everyone that came and participated. If you weren't able to attend this year, please consider putting it on your calendar for next summer. And if you would like me to organize a similar event for your school, please send me an email at richardbyrne (at) freetech4teachers.com

Here are this week's most popular posts:
1. Two Chrome Extensions That Can Help You Stay on Task
2. Three Classroom Uses for the Vocaroo Audio Recorder
3. 5 Google Maps Tutorials for Teachers and Students
4. Spoken Announces Updates to Their Audio Publishing Network
5. How Do Things Fly? - A Fun and Interactive STEM Activity
6. Three Audio Slideshow Video Projects for Students
7. Camp Google - Learn About Oceans, Animals, Space, and Music


Would you like to have me visit your school? Click here to learn about my PD services.


Please visit the official advertisers that help keep this blog going.
Practical Ed Tech is the brand through which I offer PD webinars.
BoomWriter provides a fantastic tool for creating writing lessons.
Storyboard That is my go-to tool for creating storyboards and cartoon stories.
MidWest Teachers Institute offers online graduate courses for teachers.
HelloTalk is a mobile community for learning a new language.
Discovery Education & Wilkes University offer online courses for earning Master's degrees in Instructional Media.
PrepFactory offers a great place for students to prepare for SAT and ACT tests.
The University of Maryland Baltimore County offers graduate programs for teachers.
Boise State University offers a 100% online program in educational technology.
EdTechTeacher is hosting host workshops in six cities in the U.S. in the summer.
SeeSaw is a great iPad app for creating digital portfolios.