The Week in Review - Back to School Fun

Good morning from the FreeTech4Teachers.com world headquarters in Woodstock, Maine where the weather is perfect for a long weekend. This week I had the privilege of speaking at the first day of school for staff in Tamworth, New Hampshire. The opportunity to meet and work with teachers all over the world is the best thing that comes from writing this blog. Thank you to those teachers who joined me in Tamworth this week to learn about Google Apps and making videos. If you would like to have me visit your school, click here for more information.

One of my favorite things about visiting schools is taking pictures of fun things that I find on the walls. This week I found the sign you see to the left. I thought it was a nice cafeteria reminder for kids.

Here are this week's most popular posts:
1. Six Tools for Creating Online Timelines - A Comparison Chart
2. Share to Classroom - Get Your Students on the Same Webpage With Ease
3. Formative - Quickly Gather Responses Sketched by Students
4. About Downloading YouTube Videos...
5. 5 Good Google Tools for Social Studies Teachers - And How to Use Them
6. My Two Ground Rules for Collaboratively Taking Notes
7. Eight Alternatives to Google Image Search


Would you like to have me speak at your school or conference?
Click here to learn about my professional development services.

Have You Tried Voice Typing In Google Docs? - It's Easy to Use 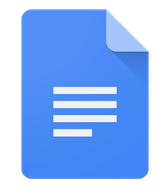 A bunch of new features were added to Google Apps this week. The latest one that I have tried is voice typing in Google Docs. In the past there were some Chrome extensions that could enable you to do that, but now voice typing is a native feature of Google Docs. To use voice typing in Google Docs simply open the "tools" drop-down menu and select "voice typing." When you make that selection a microphone icon will appear in the margin of your document. Once the icon appears, click it, allow Google to access your microphone, and start talking. Your spoken words will almost instantly appear on in the document.

I tested voice typing in Google Docs and was pleasantly surprised by the accuracy. I was also pleased with how it responded to my prompts to insert punctuation. A complete set of voice typing functions is available here.