Evernote is Closing Skitch for Windows, iOS, and Android - Try These Alternatives 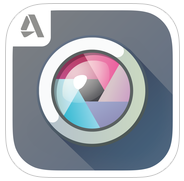 Skitch has been my go-to image annotation tool for the last couple of years. Unfortunately, Evernote has announced that in January they will no longer support the Windows, iOS, and Android versions of Skitch. The Mac version will still be supported. If you're looking for a replacement for Skitch, these are the tools that I'm going to use now.

For a long time I used Jing to take screenshots on my Mac and on my Windows laptop. I'll probably return to using that on my Windows computers. Jing allows me to select a portion of my screen, highlight image elements, draw arrows on my screenshots, and type on my screenshots. The only reason I had stopped using Jing was that I preferred the drawing tools in Skitch.

Alternatives to Skitch for iOS and Android
Pixlr (iOS here, Android here)  is a fairly robust tool that allows you to apply image filters in addition to drawing and typing on your images. I'll use Pixlr to mark-up screenshots that I capture on my Android and iPad tablets.

Taking a screenshot on an iPad or iPhone is a simple matter of holding down your "home" button (the big round one) and power button at the same time. The image will save directly to your device's camera roll.

As long as your device is operating on Android 4.0 or later you can take a screenshot by holding down your home button and power/sleep button at the same time. The screenshot should save to your camera roll unless you've designated another place for it to save. Some Android devices, depending on manufacturer, include a built-in screenshot image editor.
at 10:58 PM
Share

The History of Presidential Campaign Commercials

As we head into 2016 on U.S. television it might feel like we're seeing a marathon of presidential candidate campaign commercials. From an editing and production perspective the commercials today are nothing like those of the 50's. Look beyond the production quality and students will see that the strategies employed in commercials today aren't all that different than those used sixty years ago. The Living Room Candidate is a site that can help students see the evolution of campaign commercials.

The Living Room Candidate is part of a larger project called the Museum of the Moving Image. Visitors to The Living Room Candidate can view the commercials from each campaign from both parties. A written transcript is provided with each commercial. Provided along with each video is an overview of the political landscape of at the time of the campaigns. Visitors to the website can search for commercials by election year, type of commercial, or by campaign issue.

How to Find Public Domain and Creative Commons Images 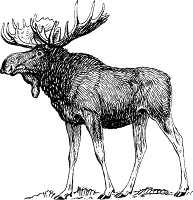 In last week's survey of Free Technology for Teachers readers Flickr The Commons, Photos for Class, and Pixabay were chosen as the best places to find public domain and Creative Commons images. All three can be used to find images that can be re-used in a variety of presentation formats. The videos embedded below provide an overview of how to use each image source.

Pixabay hosts high quality public domain images. You can search on Pixabay by using keywords or you can simply browse through the library of images. When you find a Pixabay image you can download it in the size that suits your needs. Registered users do not have to enter a captcha code to download images. Users who do not register can download images, but they do have to enter a captcha code before downloading each picture.

Photos for Class is a free site that helps students find Creative Commons licensed images. The images that they download from Photos for Class come with attribution information embedded into the footer of the image. In the short video below I demonstrate how easy it is to find pictures through Photos for Class.


You can put the the Photos for Class search engine in your own blog or website. The video embedded below offers a demonstration of that process.

Flickr The Commons hosts images from libraries and museums around the world. You can search The Commons by topic or by searching for a specific type of image.

Disclosure: Photos for Class is owned by the same company that runs Storyboard That, an advertiser on this blog.
at 5:26 PM
Share 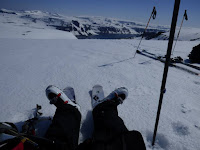 Sadly, we will not be having a white Christmas here in Maine this year. I was reminded of this when I received a YouTube notification about the latest TED-Ed lesson. The Science of Snowflakes is a new video lesson that explains how snowflakes are formed, why they're all different, and why seem to be "wetter" than others. The video also explains why all skiing is water skiing.


The lesson above briefly mentions skiing. To learn more about the science of skiing, take a look at the video below. The video examines the roles of gravity, acceleration, and friction on the speed of a skier. After watching the video, delve into more detail with this lesson plan from the University of Utah's math department.


A few year ago ByteSize Science produced a video on the chemistry of snowflakes. That video is embedded below.