How to Set a Time Limit on Google Forms 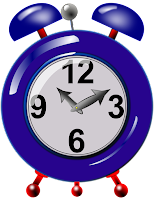 This morning I received a question from a teacher who was looking for a way to impose a time limit on a quiz or test administered through Google Forms. My suggestion was to try using the Google Forms Add-on called Form Limiter. In the video embedded below I demonstrate how to install and use Form Limiter.


If you wanted to break your test into multiple sections in Google Forms, you could impose a time limit on each section. For example, let's say that you want to give a 30 question test. You could break that test into three sections of ten questions by making three separate Forms. At the end of each Form include a link to proceed to the next Form in the series. You would place the link in the "response accepted" message at the bottom of the Forms that you publish.

For more Google Forms tips and tricks, check out my playlist of more than 80 Google Apps Tutorials.
at 9:35 AM
Share
‹
›
Home
View web version