The US Presidents in Google Earth 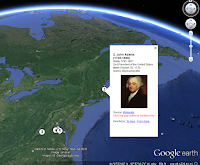 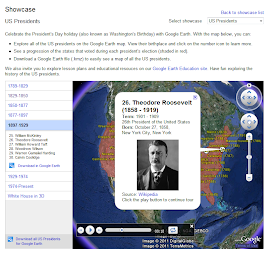 Applications for Education
In the past Google offered some good suggestions for using Google Earth on President's Day. This is what they suggested: