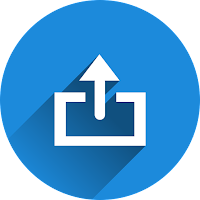 Earlier today Google announced a handful of new features that are coming soon to G Suite for Education (formerly called Google Apps for Education). The most exciting of those new features is found in Google Forms.

The latest update to Google Forms includes two new features. First, now when you begin to write quiz questions in Google Forms, Forms will attempt to predict the type of question that you are writing and it will suggest possible answer choices. Of course, it's not fool-proof and in my initial testing of the feature Forms was not able to predict the answer type or choices for my question, "what is the tallest mountain in the world?"

The second feature added to Google Forms is the option to have students respond by uploading a file. When students upload a file it will be stored in your Google Drive account for review. This feature will only work for Forms that are restricted to members of your G Suite for Education domain. The file upload feature could provide you with a great way to collect visual artifacts of your students' work. It could also provide you with a way to collect responses to longer open-response questions that have paragraph formatting unlike the present mess of paragraphs that you get when collecting long open-responses through Google Forms.