Google Forms users within a Google Apps for Education domain will now be able to directly track who has and who hasn't completed a Form. You will have to send direct invitations to your Form in order for this function to work. The great thing about this function is that if you see someone hasn't completed your Form, you can send him or her a reminder through the "send reminder email" function in Forms.

Here's Brooks Hocog's run-down of some other new and or updated options in Google Forms.

Photos for Class is a great tool for locating Creative Commons licensed images that your students can use in all kinds of projects. The great thing about Photos for Class is that when students download an image from the site all of the attribution information that they need is included in the image's footer.

When I saw the sample this afternoon I immediately recognized how easy and fun it could be for students to create their own animal stories through a combination of Photos for Class and Canva. You could have students search for a picture of an animal on Photos for Class then upload it to Canva where they could put it into any of the Canva templates to create a small poster or online graphic. Students could then add some fun facts in the form of text written over the image. See my example below. 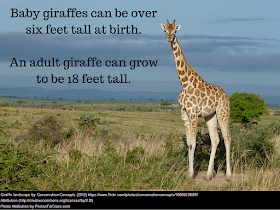 The Photos for Class search tool can be added to your classroom, library, or school website. A video on that process is available here.
at 8:06 PM
Share

How to Compare Maps Side-by-Side in GE Teach

Last week I wrote a post in which I featured using GE Teach to compare maps side-by-side. GE Teach can be a powerful tool when you dive into the features hidden within it. In the video embedded below I demonstrate how to access and use the features of GE Teach.

How to Create Historical Facebook Profiles With Google Drawings 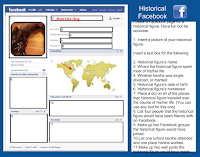 Creating a fake Facebook profile for a character in a book or of a famous person in history could be a good way to get students interested in writing about that person. Doing that on Facebook.com is a violation of Facebook's terms of service, but there are ways to create fake Facebook profiles without using Facebook.com. One of those ways is to use Derrick Waddell's Facebook template for historical figures. The template is a Google Drawings template. In the video embedded below I demonstrate how to use the template.