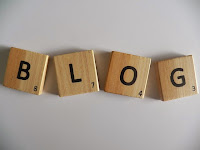 I run a lot of workshops for teachers and school administrators about using blogs and social media to connect with students and their parents. At the beginning of those workshops I almost always ask some variation of the question, "have you ever started a blog and then stopped using it?" Most of the time many people say yes. When I follow-up on that the reason I'm given more than any other is, "no one was reading it." There three things that anyone can do to get more people to consistently visit a blog.

1. Be helpful! If what you post on your school, library, or classroom blog is helpful to parents and students, they will come back to it consistently. Being helpful means solving problem for parents or giving students a handy tutorial. Being helpful does not mean simply reminding someone of a deadline because while that is mildly helpful, it's not the kind of thing that keeps someone interested in what you're sharing.

2. Be consistent. It is better to publish twice a week on the same day and time than it is to post five times at sporadic intervals. We're creatures of habit. Once we get in the habit of checking a blog on Monday and Thursday, we'll keep doing it. One of my favorite blogs is one that I don't even subscribe to because I know that every Tuesday and Sunday morning there will be a new post. Should you find yourself in need of blog topic ideas, check out these methods for developing blog post topics.

3. Say more! I see a lot of school blogs, particularly blogs created for faculty, that simply post a list of "interesting" links with a note like, "hey guys, check these out." Add a little original content to those links you're sharing. Tell your colleagues why you're sharing and why it should matter to them.

If you're looking to better utilize blogs and social media in your school, consider joining my class Blogs & Social Media for Teachers and School Leaders. You can even earn three graduate credits for your effort. The next class begins on Thursday.
at 4:16 PM
Share

Through Google's Street View imagery of Mount Everest Basecamp (south side) students can zoom and pan around the foothills of Mount Everest. Students viewing that imagery for the first time might be surprised at how different the view is compared the to the typical pictures of Everest. After viewing the imagery students can click forward to see Street View imagery of other places in the region.

Most educational resources give a very western perspective on Mount Everest. There's another side of Everest and that is the perspective of the Sherpa people who are native to the area and have climbed Everest more than any other group. Kraig Becker at The Adventure Blog shared a great BBC documentary about Sherpas who work with westerners on the mountain. You can watch the video below. Before showing the video to your students, you may want to remind them that Sherpa is an ethnic group, not a job title.

Glacier Works, Microsoft, and David Breashears collaborated to develop a great site called Everest: Rivers of Ice. Everest: Rivers of Ice is an interactive site that takes visitors on a virtual trek to Mount Everest base camp. There are eight stops along the way to base camp. At each stop viewers can explore panoramic images of valleys and glaciers. After completing the virtual trek to base camp viewers can compare the size of Himalayan glaciers in the 1920's to the size of those same glaciers today.

Panoramas.dk, hosts dozens of other interactive panoramas from around the world. Included in that list is a 360 degree interactive panoramic image taken from the peak of Mt. Everest. Using that panoramic image students can see what mountaineers see when they stand on the peak of Mt. Everest. The image includes views of the famous Khumbu valley as well as Everest's neighboring peaks Lhotse, Changtse, Makalu, and Nupste.

Snow in the Kingdom: My Storm Years on Everest

by Ed Webster (a fellow Mainer) is one of the best books ever written about Mount Everest. If you enjoy good adventure stories and or stories about overcoming personal struggles, I think you will enjoy Webster's book. For my money, and I own two copies of it, it does a far better job of explaining how it feels to be on Mount Everest than any of the two dozen or so books that I've read about Mount Everest and the Himalaya.

Scaling Everest is an infographic that goes beyond the usual scale of Everest comparisons to buildings and jet flight paths. In the infographic you will find audio of three Everest climbers talking about the approach to Everest basecamp and the nuances of the climb itself. The infographic also provides some interesting facts about plants and animals in the region.
at 3:51 PM
Share


I cover topics like this one and many others in my online course, Getting Going With GAFE. Registration is now open for the spring and summer sections of the course. 3 graduate credits are available for completing the course.
at 3:15 PM
Share

Tomorrow at 4pm Eastern Time I will be leading a free webinar on the topic of teaching search strategies to students. The webinar, sponsored by Choosito, will feature strategies that can be used by students across a number of search engines. Part of the webinar will also include an overview of the aspects of Choosito that make it unique compared to other search engines. Registration space is limited.

About Choosito:
Choosito is a search engine that offers a reading level index for its search results. When you search on Choosito you can select to refine results to reading levels marked as Early Readers, Emerging Readers, Fluent Readers, or Advanced Readers. In addition to reading level refinement Choosito offers an option to sort results by subject area. Choosito's basic search tools including the reading level and subject area filters are available to use for free.
at 2:55 PM
Share
‹
›
Home
View web version