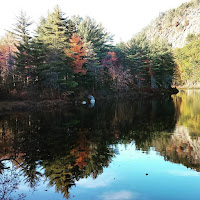 ReadWorks is one of my favorite nonprofit services for teachers. ReadWorks offers hundreds of lesson plans and thousands of non-fiction and fiction passages aligned to Common Core standards. Additionally, each article is listed with a Lexile score and suggested grade level.

ReadWorks recently released a new set of poems and guided reading questions. The collection has poems appropriate for students in middle school and high school. Each poem in the collection comes with a set of questions that you can give to students to answer individually or simply use as a group discussion guide.

Applications for Education
One of the aspects of ReadWorks that I like is that lexile scores are listed for each article. ReadWorks makes it easy to find fiction and non-fiction articles that are appropriate for your students. 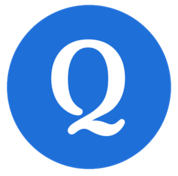 Quizlet has long been a great website and app for students to use to create and review flashcards. Teachers can also use it to create flashcards to share with students. Last week Quizlet added a great new feature called Quizlet Live.

Quizlet Live allows teachers to select a set of vocabulary words in Quizlet and that set as the basis of a review game that students play in teams. Much like Kahoot and other multiplayer review games controlled by teachers, in Quizlet Live students go to a dedicated webpage (Quizlet.live) then they have to enter a game pin. As soon as your students have entered the correct game pin they will be randomly assigned to teams (teachers can reshuffle teams). The game aspect is that students have to work in teams to sort vocabulary terms to their matching definitions (you can also create vocabulary sets that feature math problems or other questions). Teams earn points by making correct matches quickly, but their progress is reset to zero if they make a mistake so they need to focus on accuracy more than speed.

How to Play Quizlet Live from Quizlet on Vimeo.

Applications for Education
Quizlet Live could provide you with an easy way to turn existing review materials into a fun review activity. I do wonder if the "all or nothing" aspect of the progress meter will be discouraging for some teams of students.

10 Educational Resources About the American Revolution

Revolutionary War Animated is a great place to find nice animated maps of troop movements throughout the Revolutionary War. Despite looking rather web 1.0, this resource is one that I continue to return to because it does a great job of illustrating the movement of battles.

America, A Narrative History is a text published by WW Norton. As a free supplement to the book, Norton has published ten Google Earth tours. These tours include major themes and events in US History. The list includes the Revolutionary War, the path to the Civil War, WWII, the Vietnam War, the Civil Rights Movement, Lewis & Clark's expedition, the Indian Removal Act, Pre-Columbian North America, the national parks system, and the 20th Century power grid. All of the tours include multiple images and references. Some of the tours also have "tour questions" for students to answer.

Teaching American History has a series of interactive lessons about the American Revolution that are suitable for middle school and elementary school use. The lessons are divided into three chronological sections; 1775-1778, 1778-1781, and Treaty of Paris 1783. All of the lessons in the first two sections ask students to locate a place on a map. Students then answer a question about that place. After answering the question students are given a short text lesson. The lessons appear in chronological order. In the section on the Treaty of Paris students move through a series of placemarks on a map to learn about the terms of the Treaty of Paris.

The Revolution: Interactive Guide is a free iPad app about the American Revolution. The video embedded below provides a detailed overview of the app. Here are a few of the highlights of the app:
Narration of text.
Quizzes after each section.
Interactive images.
Flashcards
Comparisons to other revolutions.

Mission U.S. offers an interactive journey through Boston in 1770 (five years before the Battles of Lexington and Concord) through the perspective of a 14 year old boy who has to choose sides. The game can be played entirely online or downloaded for play on your PC or Mac (you do need an Internet connection to save a game in progress).

Crash Course has a ten part series on U.S. History. Included in that series is Taxes & Smuggling - Prelude to Revolution.

Keith Hughes offers Colonialism for Dummies as part of his series on U.S. History for Dummies.

EdTechTeacher, an advertiser on this site, has launched a new FREE video series called #ETTchat. Each week, one of their instructors posts a new video with ideas using technology in the service of learning.

Learn more about SoundTrap and other apps for creating audio on the EdTechTeacher web site.