The Month in Review - Heading Home 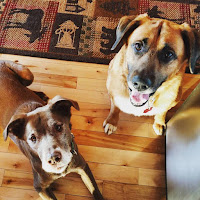 Good afternoon from an airplane somewhere over upstate New York. I'm my last flight heading from the ISTE 2016 conference. This is also my last flight for a month. June was a fantastically busy month as I had the pleasure and privilege of working with teachers at ten events spread across five states. But now I'm ready to stay home for the next month to play with my dogs, ride my bike, and get ready for the Practical Ed Tech Summer Camps.

Here are this month's most popular posts:
1. Google Forms Can Now Automatically Grade Quizzes Without an Add-on
2. 15 Tools for Teaching History With Technology - A Handout
3. Google Cast for Education Gets Your Students on the Same Page
4. The Best Ways to Use Padlet - Examples from Teachers
5. An Illustrated Mathematics Glossary
6. Three Geography Games Based on Google Maps and Google Earth
7. 7 Blogging Platforms for Teachers Compared and Ranked
8. Click to Spin - A Fun and Free Random Name Picker
9. Ten Good Video Channels for Science Students
10. How to Use the New Version of Padlet


Bring Me To Your School or Conference
Click here to learn about my professional development services.

Online  PD Opportunities With Me
Take a look at the online workshops I'm hosting throughout the spring and summer.

As the ISTE 2016 conference was winding down yesterday I took one last long walk through the vendor hall. I went up and down every aisle of the expo and at the end I published my summary of the vendor hall in this Tweet:


Now to expand on those points in my Tweet:

2. Maker spaces and the Maker movement were all over the ISTE program. The conference program had plenty of workshops and presentations on topics related to the maker movement. There were playground areas set up for people to learn about 3D printers, robotics, and programming. In the vendor hall nearly every 3D printer company and robotics kits company had booths swarming with activity.

3. Google and Samsung had dueling booths featuring virtual reality headsets. I had many discussions with conference goers about virtual reality. The consensus seems to be that we're all fascinated with the possibilities but have concerns about the scalability an long-term use of virtual reality in classrooms.

4. Google, Google, Google. They made some big announcements this week about Forms, Cardboard Expeditions, a new screen sharing app, and an "apps bundling" scheme to sell sets of Chrome apps. Their booth was packed every time that I went into the vendor hall. It was interesting to see many other vendors standing around watching the Google presentations.

5. Damage control products were prominently displayed throughout the ISTE vendor hall. You could find a protective case for just about every tablet, Chromebook, phone, and laptop imaginable. There were also plenty of companies selling network monitoring software and web filtering products designed to protect your school network and or block access to websites.
at 2:35 PM
Share
‹
›
Home
View web version