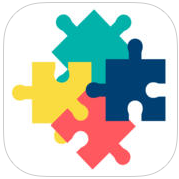 A couple of weeks ago when I shared the news that Zaption is closing I also shared some suggestions for alternatives to using Zaption. One of those suggestions was to try EDpuzzle. The folks at EDpuzzle saw that post and created a video for followers of this blog who would like to switch from Zaption to EDpuzzle. In the video embedded below you can learn how to quickly import your Zaption tours into EDpuzzle. 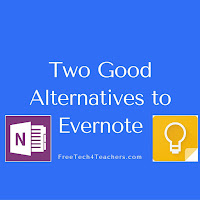 At the end of June Evernote announced some significant changes to their subscription plans including the free service that they had offered for years. Last night I received a reminder email from Evernote prodding me to buy up to one of their premium plans. I deleted the email because I switched away from Evernote and started using Google Keep for all of my bookmarking and note-taking needs.

Google Keep can be used on any device on which I sign into my Google Account. As you can see in the video embedded below, you can add labels to your Google Keep notes. Those labels can also be applied to bookmarks. All Google Keep notes and bookmarks can be shared with others.


Microsoft's OneNote is another alternative to Evernote that you might consider. It works on Windows, iOS, Mac, and Android devices. I don't use it simply because I have been a Google Apps user for so long. Jeff Bradbury offers a bunch of resources that can help you learn how to use OneNote. Microsoft has published an official tutorial on how to move your information from Evernote to OneNote. 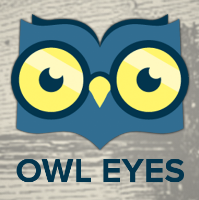 Owl Eyes is a relatively new tool that provides teachers with a good way to provide students with guidance while they are reading classic literature. Owl Eyes provides teachers with tools to insert annotations and questions into classic literature. Students can see the annotations and questions that their teachers add to the digital text. Teachers have the option to create online classrooms through which they can monitor their students' progress through a text and view their students' annotations and answers to questions. The texts available through Owl Eyes are mostly classic works that are in the public domain.

The short videos embedded below will help you get started with Owl Eyes. I highly recommend watching them in order to save yourself from some frustrating clicking without results.

Applications for Education
Owl Eyes could be a good tool for guiding students through some difficult classic literature. I would like to see its library expanded to include more texts that are accessible to younger students.

I couldn't find an option to upload my own texts on Owl Eyes. Until then, I will probably continue to use Google Docs to help students as they read difficult primary source documents. That process is outlined here.
at 7:00 AM
Share
‹
›
Home
View web version