Mac Users Can Now Quickly Move From Evernote to OneNote 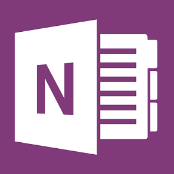 If you're one of the many people considering leaving Evernote after the latest round of "updates" made its free plan almost worthless, Microsoft has something for you. OneNote is a free tool that works on every platform. Microsoft has offered an Evernote to OneNote transition tool for Windows users for a while. Late last week Microsoft introduced a similar tool for Mac users. Evernote to OneNote transition tool for Mac lets you quickly move all of your Evernote content to OneNote.

OneNote offers a free web clipper tool that works in Explorer, Chrome, and Firefox. OneNote also lets you take notes online and offline, digitize printed material like business cards, and share your notes with other users.

If you're considering a switch to OneNote, take a look at some of Jeff Bradbury's tutorials on how to use it in your classroom.

Applications for Education
OneNote can be a great tool for students to use to organize research projects. The web clipper lets them save articles and other resources while conducting web searches. The notes features lets them create outlines for their projects and share those outlines with you for review.
at 8:30 AM
Share

Google Expeditions Will Soon Be Available to iPad Users 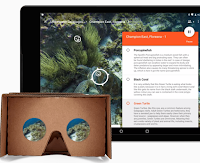 Last week Google released another round of updates to their Expeditions program. Expeditions is the virtual reality program that lets students experience immersive views of more than 200 places including the International Space Station, coral reefs, the Taj Mahal, and the White House.

At the Google I/O conference the Expeditions product manager shared some of the early lessons learned by using Expeditions in classrooms. The video of that presentation is embedded below.

How to Impose Time Limits on Google Forms


You can find fifteen more Google Forms tutorials in the playlist embedded below.