PrepFactory is a popular service that for years has offered great, self-paced SAT and ACT preparation activities. For the new school year PrepFactory has expanded to offer self-paced math and language arts lessons for middle school students.

The self-paced lessons and activities in the new middle school section in PrepFactory reflect the recent changes to the site as a whole. Now when students sign into their PrepFactory accounts they have the option to read a passage of information about each topic or skill in a category and or watch videos on each topic or skill in a category. Students can choose to practice skills in the areas of mathematics, reading, or English/ writing. 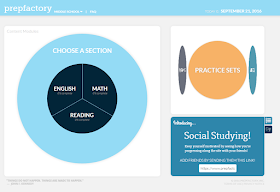 As students work their way through a set of practice activities they can avail themselves of helpful hints hyperlinked at the top of each activity. Video review is also available to students. Students are provided with instant feedback after each question or problem in a section. If a student answers incorrectly, he will be given an explanation of why his answer was wrong. The question will also cycle through again for the student to attempt it again. 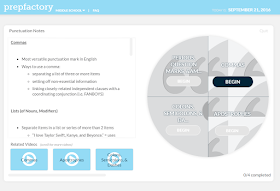 To avoid monotony, PrepFactory varies the practice activities within every section that a student uses. For example, in the English section students will see fill-in-the-blank, sorting, multiple choice, and short response questions in random sequences. 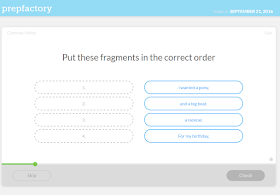 Disclosure: PrepFactory is an advertiser on FreeTech4Teachers.com
at 11:55 AM
Share

Last week I was on Facebook chatting with an old friend about an older friend of ours who passed away almost a decade ago now. His name was Steve Gibbs and he owned a successful business that manufactured archery products. Steve's company sponsored me when I was attempting to make the 2000 U.S. Olympic Archery Team. (I didn't qualify, but that's a story for another place and time). 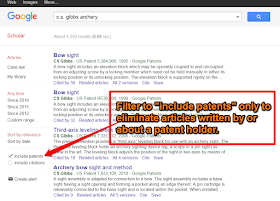 In Google Scholar you can search for patent filings as well as literature about patents and their respective holders. What's interesting about patent search in Google Scholar is that once you've located a filing you can then read the abstract of the filing, view drawings associated with the filing, and read the claims made by the patent holder. Further more, at the bottom of the filing page in Google Scholar you will find a list of citations to related patents referenced in the filing along with a list of other patent filings referencing the one that you're currently viewing. Most of those references include direct links that you can follow back to their respective patent filings. 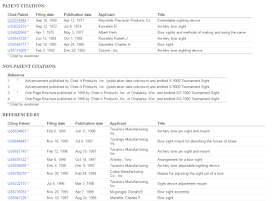 Applications for Education
Conducting a patent search in Google Scholar and or on Google Patents (a subsection of Scholar) could be a good way for students to trace the development of innovations on a product or process. You could have students create a timeline of development. In that timeline ask them to summarize how each new, related patent was influenced by prior developments.

We will explore this idea and many others in Teaching History With Technology starting in October.

How to Insert Columns Into Google Docs 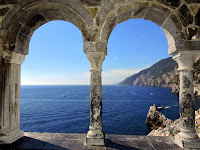 To insert columns into your Google Documents you now simply open the "format" drop-down menu and select "columns." In the video embedded below I demonstrate this new feature of Google Docs.


In October you can earn three graduate credits while learning more about Google Docs and all aspects of Google Apps for Education.
at 8:31 AM
Share
‹
›
Home
View web version