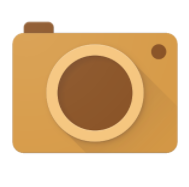 In 5 Good Resources for Teaching and Learning About World War II I mentioned that I captured some photospheres at the WWII Museum in New Orleans. I created those photospheres for use in virtual reality viewers. The tools that I used for creating those photospheres were the Google Cardboard Camera app and the Google Street View app. Both apps are available for Android and iOS.

With the Cardboard Camera app installed on your phone or tablet you can capture 360 degree panoramic imagery. If you choose to keep your phone's microphone turned on, you can capture sound with your imagery. To capture imagery simply open the app, tap the camera icon, then start recording. Slowly move your phone from left to right and turn 360 degrees to completely capture the images around you. Cardboard Camera will tell you if you are moving too quickly or too slowly. Once you've captured your imagery you can view it through the Cardboard Viewer. It is possible to make your own Cardboard Viewer.

The Google Street View app lets you create true 360 degree photospheres. You can use the app to publish images that you capture with a spherical camera. If you don't have a spherical camera you can use the camera in your phone to capture 360 degree photospheres with guidance from the Street View app. When you use your phone's camera to capture imagery through the app, you will see small targets appear on your screen. Line your camera to those targets as you pan horizontally and vertically. The photosphere that you create can be saved privately or you can publish it to Google Maps.

Applications for Education
If you teach social studies, you shouldn't go anywhere interesting without one or both of these apps installed on your phone. These apps make it easy to create immersive imagery of notable landmarks or interesting museum displays to share with your students.
at 10:00 PM
Share
‹
›
Home
View web version