The Half-life of Links and School Social Media Plans 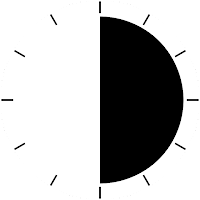 In Randy Krum’s book, Cool Infographics (disclosure, he gave me a copy) he shares that according to research done by Bitly, the half-life of a link on Twitter and Facebook is 2.8 and 3.2 hours respectively. The half-life of a link refers to the amount of time it takes for a link to reach one-half of the number of clicks it will ever receive. Krum notes that those half-life statistics were calculated in 2011. Six years later more people are active on Twitter and Facebook. In turn, the half-life of links posted today is likely shorter than it was six years ago.

Applications for Education
If your school has a Twitter account, Facebook page, and or Google+ and your school’s social media updates are only going out once per day, you’re probably not reaching as many students and parents as you could be reaching. Think of it this way, when was the last time you scrolled twelve hours back in your Facebook timeline or in your Twitter feed? A solution is to post to social networks through a free service like Hootsuite. Hootsuite allows you to publish updates on a schedule to multiple social media accounts.

Guy Kawasaki, former chief product evangelist at Apple, repeats posts on Twitter four times per day. Schools could adopt a similar schedule for distributing announcements and reminders through social media. A good schedule for schools to update their social media accounts would be to publish an hour before school starts (7-9am), shortly after dismissal (2-4pm), shortly after supper time (6-8pm), and late night (10pm-12am).
at 11:38 PM
Share
‹
›
Home
View web version