Madmagz is a neat platform for collaboratively creating online magazines. Madmagz provides you with a magazine template that lets you use images and text that you can edit alone or with invited collaborators. Unlike some other collaborative writing platforms, the original creator of the magazine has to approve or verify submissions from collaborators. When I was testing the platform I found the need to verify every change a little annoying, but I can see how many people would like to have that level of control over the editing process.

Publishing your Madmagz online is free. If you want to download your magazine as a PDF, you will have to pay for that option. 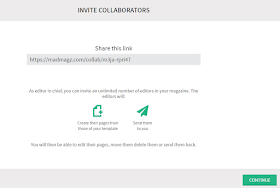 Applications for Education
Madmagz could be a good platform for creating an online school newspaper. Similarly, it would be good for creating a classroom newsletter in which students summarize the highlights of the month in your classroom.

Thanks to Alicia Roberts for the tip about Madmagz.
at 9:50 AM
Share

30Hands is an iPad app that I've used and shared in workshops quite a bit over the last few years. It's a nice app for creating flipped lessons or whiteboard-style instructional videos. Unfortunately, after years of offering a free version of the app, the developers have pulled the plug on the free version. The paid version still exists. If you're looking for some alternatives to 30Hands, take a look at the following options.

Shadow Puppet Edu is a free iPad app that you can use to create audio slideshow videos. The app offers an integrated search tool for finding pictures from the Library of Congress, to search for images from NASA, and to find Creative Commons licensed images from Flickr. You can also import pictures and videos from the camera roll on your iPad. After selecting a set of images students you can arrange them into any sequence by simply dragging and dropping them into order. Then to create a story press the record button and talk while flipping through your images. My sample story is embedded below.


You might have noticed that on the first slide I had a magic wand effect to highlight each dog. That is one of many effects that you can add to your images in Shadow Puppet Edu. You can also zoom and type over your pictures. Completed Shadow Puppet Edu projects are automatically saved to your iPad's camera roll. You can also export your projects directly to YouTube. 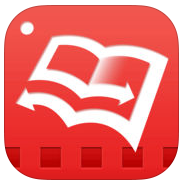 Know Recorder is a free iPad app and free Android app for creating whiteboard-style instructional videos. With Know Recorder installed on your iPad or Android device you can draw and talk while the app records everything that you do and say. Your video can have multiple pages which is a nice feature when you want to give a multiple step demonstration without having to erase anything. Know Recorder will let you import PDFs and pictures to display and annotate on screen in your instructional video. Completed videos can be saved to your device's camera roll, exported to YouTube, or shared to Know Lounge. Know Lounge is the community site for sharing lessons created with Know Recorder.
at 7:30 AM
Share 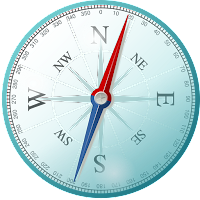 Yesterday, I received an email from Kahoot that featured six games they are promoting along with National Geographic. The games are intended to help students brush-up on their knowledge of U.S. and world geography. You can find those games here in the public gallery in Kahoot. I played a couple of the games and found that they will be adequate as a start for a geography review activity. In short, I wasn't "wowed" by the games, but they did get me thinking about other geography games that I've reviewed over the years.

GameOn World is a multiplayer geography game developed by a high school teacher and his student in Portland, Maine. The game is similar in structure to that of Kahoot. In GameOn World the teacher selects a game category (cities, places, and timeline are three of the nine categories) and starts the game. The students join the game by going to GameOn.World and entering a game pin. In the location and timeline games, students answer the questions by moving a placemark on a map or selecting a date on a timeline. In some of the other games students answer by choosing a number on a sliding scale.

Spacehopper is a game based on Google Maps Street View imagery. Spacehopper shows you a Street View image and you have to guess where in the world the image was captured. You can click the clue button to have the country identified before making a guess. After three incorrect guesses the correct answer will be revealed to you. You can play Spacehopper on a global level or you can specify that you only want to see images from a particular continent.

Smarty Pins is a Google Maps game develop by Google. Smarty Pins presents players with a trivia question that they have to answer by placing a pin on a map. Players earn "miles" for correctly placing a pin on the map. Players can lose miles for answering incorrectly and or taking too long to answer. Games are available in five categories; arts & culture, science & geography, sports & games, entertainment, and history & current events.

Capital Toss is a free geography game from ABCya. The game has a state capitals mode and a country capitals mode. In both modes of the game works the same way. The name of a state or country appears at the bottom of the screen and three rows of capital names scroll across the top. When the correct capital name appears players virtually toss a ball at it. After ten correct answers players can choose a new ball. Three consecutive incorrect answers ends the game.

Where is...? is another good game geography game. This game uses a popular format for geography games; the name of a city is presented to the players and they have to click the map to guess where the city is located. Players are given immediate feedback on their accuracy in the form of a measurement, in kilometers, of the distance between their guesses and the correct answers.
at 7:00 AM
Share
‹
›
Home
View web version