In an earlier post I shared some of the news about Microsoft's new Windows 10 S operating system. In that post I mentioned that all apps used in Windows 10 S have to be approved by Microsoft for inclusion in the Windows Store. Kahoot is one of the first to get approval.

Watch the following video to learn how to create and play Kahoot quiz games.

Microsoft Unveils a Newish OS to Compete With Chromebooks

Microsoft is clearly feeling pressure from Google's Chrome OS growing popularity in schools. To respond to that pressure Microsoft has launched a new operating system they're calling Windows 10 S. It is essentially a stripped-down version of Windows 10 that is designed to run on inexpensive laptops. Windows 10 S will restrict users to installing only apps that are approved through the Windows Store. Kahoot is one of the first companies to have their Windows 10 S apps approved.

Microsoft says that part of the reason for restricting Windows 10 S to only using approved apps is to improve performance of computers on which Windows 10 S is used.

Windows 10 S laptops will start shipping this summer. The prices are expected to range from $189 to $999. A one-year subscription to Minecraft EDU is included in the purchase price.

I was invited to Microsoft's press conference this morning. When I was pressed for a good reason to attend, the PR rep told me "it will be worth it for your readers" but she wouldn't give me any specifics. I declined their invitation to attend.

If you're interested in learning more about Windows 10 S and Microsoft's attempt to regain marketshare from Google, take a look at the following articles from TechCrunch and The Next Web.

Microsoft’s killer feature for its Chromebook competitor is Office

The $999 Surface Laptop is Microsoft’s expensive answer to Chromebooks

How to Create a Google Classroom With a Gmail Account 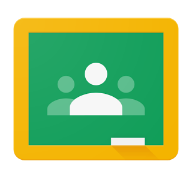 
Join me in Getting Going With G Suite to learn how all parts of G Suite can work together in your classroom.
at 11:32 AM
Share
‹
›
Home
View web version