This post is a little bit out of the norm for this blog, but I'm sharing it because one of you might, like me, have dreams of adventures in very cold climates. World-renowned adventurer Eric Larsen is offering a "polar training scholarship." This scholarship will be awarded to one aspiring polar explorer who would like to learn from Eric during a week-long training camp on Lake Winnipeg.

Applications for Eric Larsen's Polar Training Scholarship are open now. The chosen recipient will spend one week in January on Lake Winnipeg with Larsen and his team. All expenses including travel, equipment, and food are included in the scholarship.

Applications for Education
Part of the application for this scholarship includes requests for social media profiles and "how/ why is this experience going to change your life." I would think that an adventurous teacher could use the angle that it will not only change his/her life, but that it could also have a positive impact on his/her students' lives.

PikWizard is a free site that offers thousands of high quality images that you can download and re-use for free. PikWizard provides clear guidance on how you can use each picture that you find on the site. You will find that guidance posted to the right of any picture that you select from search results. PikWizard also provides clear directions on how to give credit to the photographers whose pictures you use.

Applications for Education
PikWizard could be a good site to bookmark for the next time that your students need to find copyright-free images to use in slideshows, videos, or other multimedia projects.

Updated Menus and Toolbars Coming to Google Docs and Slides

If you take a break from using Google Docs and Google Slides during the upcoming holiday break, you might notice some changes when you open Docs after your vacation. That's because on Wednesday Google announced some upcoming changes to the menus and toolbars in Docs and Slides.

Starting in January (possibly sooner for some users) the "lists" function will be renamed "bullets and numbering." That change is long overdue.

"Show spelling suggestions" is going to be shortened to just "Spelling." The "Spelling" function will now be in the "tools" menu instead of the "view" menu. That change makes sense.

The "document outline" function in Docs is moving from the "tools" menu to the "view" menu. That change makes sense.

One change that doesn't seem necessary and is potentially confusing is the removal of "Import slides" from the "Insert" menu in Google Slides. You'll still be able to import slides, you'll just do it from the "File" menu.

Learn more about Google Docs and Slides in my G Suite for Teachers on-demand course.
at 6:31 AM
Share

The National Archives and the Yeti

Sunday's featured document was a perfect example of a not-so-serious document. On Sunday Today's Document was Regulations Governing Mountain Climbing Expeditions in Nepal - Relating to Yeti. The document came from the Agency for International Development at the American Embassy in Kathmandu, Nepal.

Applications for Education
There is usually a good lesson plan connected to the documents featured in Today's Document. That wasn't the case with the Yeti document. But you could certainly create one using the document analysis tools of DocsTeach. One prompt that I would give to my students concerning this document is, "why would a government agency need to draft a formal policy about searching for the Yeti?"
at 6:12 AM
Share 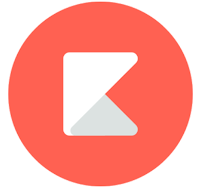 Kiddom is one of the learning management systems that I occasionally recommend to folks who are looking for an alternative to Google Classroom. One of the helpful features that Kiddom offers is an integrated search for assignment materials. For example, fourth grade teachers can search for mathematics assignments that are aligned to standards of their choosing. When a material is found teachers can then assign it to their students as a homework assignment, as a quiz, or as a long-term assignment.

This week Kiddom introduced a free Android app. The app provides teachers with the same tools for creating assignments and giving feedback that are found in the browser-based version of Kiddom.