Five Good Educational Resources to Use Before the Super Bowl 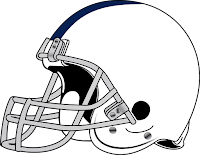 The Super Bowl is this coming Sunday. Just like last year, I predict that the Patriots will win. The odds are good that you have some students who are also interested in the game. Try one of the following resources to turn your students' enthusiasm for the Super Bowl into a fun lesson.

The Superb Owl is a cute video about owls. The video presents interesting facts about four types of owls. The whole four minute video is presented as if it is an NFL pre-game show. It's a fun science lesson to close out your week.

NBC's Science of Football is a series of ten videos from NBC Learn explaining and demonstrating math and science concepts as they relate to football. The list of topics covered in the Science of NFL Football includes Torque & Center of Mass, Pythagorean Theorem, Geometric Shapes, Projectile Motion & Parabolas, Vectors, Kinematics, Nutrition, and Newton's 1st, 2nd, and 3rd Laws of Motion.

Choosito has a lesson plan that asks students to investigate the causes and effects of concussions. The lesson includes studying the trends in concussion diagnoses and treatments during the last 20 years.

Practical Money Skills hosts a series of eight online games designed to teach students some money management skills. One of the games that is timely considering that the Super Bowl is just a few days away is Financial Football. Financial Football has students answer questions about budgets, savings, and spending to move their football teams down the field against another team. The games use real NFL team logos. Financial Football takes at least twenty minutes to play.

Rob Gronkowski, the start tight end on the New England Patriots, had a concussion last week. Unfortunately, that is one of the dangers of playing football. TED-Ed has a good lesson that explains what happens to your brain when you get a concussion.