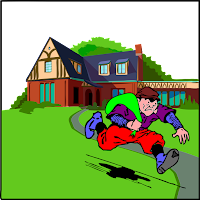 In a word, theft.

In the last couple of weeks I've published a handful of charts that compare the features of popular ed tech resources. The most recent of those is this chart of 12 alternatives to Google Image search. I publish the charts in a Box.com widget that includes a download link. I also publish a link to view the Google Docs version of the charts. I don't, however, allow printing or copying of the Google Docs versions of the charts that I publish. I used to allow that, but about two years ago I started to see my charts and other handouts getting redistributed without any attribution. And thanks to one loyal reader, I discovered a couple of my documents on Teachers Pay Teachers (a company that doesn't seem to be the least bit concerned about copyright infringement as long as they keep getting their cut of your money). So now I only allow downloading my documents as PDFs through the Box.com widgets that I use in blog posts.

Using Box and allowing downloads through it doesn't stop someone from using or redistributing my work without permission, but it does make it a little more difficult to do. Box also provides me with information about how many times my documents get downloaded which is something that Google Docs has never done.

I hate that I have had to take this approach. Unfortunately, until every teacher respects copyright or I just quit caring, this is the only way that I can feel comfortable publishing my charts and other handouts.

Finally, I realize that some schools block Box which is unfortunate because it is a great service operated by a publicly traded company. If you're school is preventing you from downloading one of my documents, I recommend talking to your IT person about why they're blocking it. Often, they don't even know that they're blocking it because they just apply broad filter settings that capture a lot of otherwise innocuous sites.
at 12:55 PM
Share
‹
›
Home
View web version