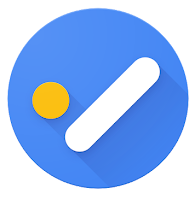 On Wednesday Google announced a bunch of updates to Gmail. That story was covered by every blog under the sun and garnered lots of commentary on social media. What didn't get nearly as much attention was Google's launch of a new task management app called Google Tasks.

Google Tasks is a free app that is basically a stripped-down version of Google Keep. At its most basic level Google Tasks lets you create lists of tasks that you need to do and check them off as you complete them. Dig a little deeper into the app and you will find that you can create multiple lists for different projects or goals. Within each list you can create tasks and sub-tasks. The integrated calendar lets you set due dates for each task and task list.

What Google Tasks doesn't appear to have at this time is an option to share task lists with other G Suite users. So if sharing task lists is an important feature for you, you'll want to stick with Google Keep which does support sharing of task lists.

Google Tasks is being added to G Suite which means a few things of note. First, it supports accessing multiple accounts much like Gmail mobile app. In other words you can create and access task lists in your personal G Suite account and your professional G Suite account from the same place. Second, your tasks will sync with your G Suite account for access via the web browser on your laptop. Go to https://mail.google.com/tasks/canvas/ to access your tasks in your browser. Finally, as TechCrunch pointed-out, Google considers this app to be a part of G Suite which means it's not a 20% project or some other beta project that will get scrapped in a few months. Although, we once thought the same thing about Google Reader and iGoogle.