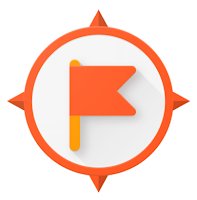 Since its launch Google's Expeditions app has been a hit in many schools. What started out as a somewhat canned teacher-led virtual reality experience has morphed into a tool that students can use to explore and discover new things on their own. Last summer Google added the option for students to explore the VR expeditions on their own. Today, Google released a new feature that students can use. That feature is new augmented reality tours.

Like any augmented reality app, the new AR content in Google Expeditions lets students view and manipulate digital content in a physical world context. The new AR content can be used as components in science, math, geography, history, and art lessons. Some examples of the more than 100 AR tours that you'll now find in the app include landforms, the skeletal system, dinosaurs, ancient Egypt, the brain, and the Space Race. And as a good Mainer my favorite of the new AR tours is about lobsters.

To use the AR content available through Google Expeditions you will need to print marker or trigger sheets that students scan with their phones or tablets. Once scanned the AR imagery appears on the screen. (You can actually preview some of the imagery without scanning a marker, but the imagery will not be interactive or 3D). Students don't need to look through a Cardboard viewer in order to see the AR imagery.

You can get the Google Expeditions Android app here and the iOS version here. If you already have the apps installed, just run an update to get the new AR content.
at 8:58 PM
Share
‹
›
Home
View web version