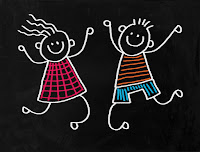 Comment Bank
Are you tired of writing the same comments over and over again? If so, you'll want to take advantage of the new Comment Bank option available when you're grading assignments submitted through Google Classroom.

Get to know these new features and more in Google's new First Day of Classroom resources page.
at 12:09 AM
Share
‹
›
Home
View web version