WWF Together - Revisiting a Favorite App 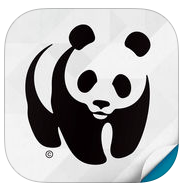 The World Wildlife Fund's Together app has been one of my favorite iPad apps since the first day that I saw it more than five years ago. The app is beautifully designed to show the stories of endangered or threatened animals around the world. This morning it popped-up on my iPad as a featured app suggestion. So I opened it up to see if there was anything new since the last time I looked at it. I was pleased to discover a couple of new items in the app.

WWF Together now features the stories of sixteen threatened or endangered animals around the world. The stories include facts about the animals' ranges, threats to their habitats, and latest news about efforts to help preserve these animals and their habitats. Within each story there is an opportunity for students to take a selfie with an animal. This is done through the use of augmented reality that lets users place an origami rendering of an animal into any setting including a selfie. And for those who want a hands-on activity, WWF Together includes directions for making origami animals.

The following video is a little dated (it doesn't include every feature of the app) but it is still a nice overview of what WWF Together is all about.


Applications for Education
WWF Together is a beautiful app for students to use to learn about endangered species and their habitats at their own pace. One of the aspects of the app that I have always liked is that the app tries to put statistics about the animals and habitats into a relatable context. For example, the range of an animal is displayed as a distance from wherever the user's iPad is but a map is also used to show an animal's range in relation to where the viewer is.
at 1:14 PM
Share
‹
›
Home
View web version