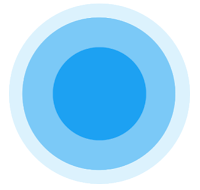 ClassPulse is a new entry into the crowded market of polling and messaging apps for schools. I learned about the app through Audrey Watters' weekly round-up of education news and then I gave the app a try on my Android phone.

Audrey described the ClassPulse as "another classroom feedback tool" and that's exactly what it is. It has the core features found in every other app like it. You can create classrooms that your students join through an assigned join code. Once students have joined your classroom you can start posting messages for them to read and you can post poll questions for them to vote on. Like most other classroom feedback tools, ClassPulse gives you the option to let students post anonymous feedback.

In my testing of ClassPulse I found it easy to set-up a classroom and to post messages for students to reply to. However, when it came to setting-up polls I ran into a little snag that was only resolved by quitting the app and trying again. That snag was that when I tapped on the "poll" option ClassPulse didn't recognize my classroom as being created and instead prompted me to create another classroom. That little annoyance was resolved by quitting the app.

Applications for Education
Feedback tools like ClassPulse have been around for years. They're useful for getting some feedback from your students about how a lesson is going for them, they're understanding of a topic, or just what they would like you to review with them.

If you haven't tried a classroom feedback/ polling tool or you're looking to try a new one, ClassPulse could be for you. That said, there are other tools like it that are bit more developed. Poll Everywhere, Remind, and even Google Classroom have similar capabilities.
at 6:52 AM
Share

Science, Wikispaces, and Timelines - The Week in Review

Good morning from the almost completely renovated Free Technology for Teachers World Headquarters in Paris, Maine. If you have followed my week-in-review posts since last fall you know that I have been converting some space in a barn into office space. I'm in the home stretch now as I just have bit more painting to finish up. In fact, I'll be doing that right after I finish writing this post.

Here are this week's most popular posts:
1. If You Teach Science, You Need Science Netlinks
2. Wikispaces is Closing - Here Are Some Alternatives
3. 10 Good Resources for Math Teachers and Students
4. How to Use Flipgrid - A Guide for Getting Started
5. Pixabay Now Has an Office Plug-in
6. Three Tools for Combining Maps With Timelines
7. The Built-in Google Docs Features Starter Pack


Book Me for Your Conference
I’ve given keynotes at conferences from Australia to Alaska for groups of all sizes from 50 to 2,000+. My keynotes focus on providing teachers and school administrators with practical ways to use technology to create better learning experiences for all students. I like to shine the light on others and so I often share examples of great work done by others as well as my own. Click here to book me today.