Dig CC Mixter - Find Music for Your Next Video Project

In this week's tip of the week newsletter I featured sources of public domain and Creative Commons licensed videos. I've had a couple of people reply with questions about using music in multimedia projects. Just because a song is available to stream or download through the Internet, doesn't mean that you have the rights to re-use it. Therefore, you should strive to use public domain or Creative Commons licensed music. That's why sites like Dig CC Mixter are good resources to bookmark.

Dig CC Mixter offers thousands of songs that are Creative Commons licensed. The site is divided into three main categories. Those categories are Instrumental Music for Film & Video, Free Music for Commerical Projects, and Music for Video Games. Within each category you can search according to genre, instrument, and style. When you click the download icon on a file you will be prompted to copy the attribution information that is required to include in your project.

Applications for Education
Dig CC Mixter could provide you with a lot of music to save for re-use in your classroom projects. It would be time-consuming, if not impossible, to preview all of the lyrics in all of the music on site. Therefore, I would restrict my students to using just the instrumental section of the site. Or you could use Google Drive or Dropbox to create and share a collection of music that you download and approve for your students to use.

In Thursday's webinar, 5 Video Projects for Almost Every Classroom, I will share more ideas about using music in classroom video projects.
at 5:28 PM
Share

How to Use Padlet's New Broadcast Feature 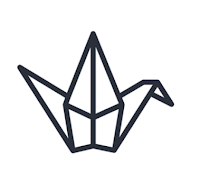 Padlet has been on a roll with new updates over the last year. The latest feature added to Padlet makes it easier than ever to share your Padlet walls with your students and colleagues. Now when you're using Padlet on your Android or iOS device you can broadcast your wall to be discovered by other Padlet users near you. When you select the broadcast option on your Padlet wall, other people in the room can discover your wall when they open the Padlet app with Bluetooth turned on. Watch my video below to see how to use Padlet's broadcasting feature.


Thanks to Danny Nicholson for the news about Padlet's broadcasting feature.
at 1:59 PM
Share

Unless they're introduced to other options, Google Images tends to be the default image search tool for students and adults. Google Images is convenient, but it's not the best place for students to find images that are in the public domain or to images that have been labeled with a Creative Commons license. That's why I made the following chart that features 12 alternatives to Google Image search. In the chart you'll find links to each alternative and notes about considerations for classroom use. You can download the chart as a PDF through the Box.com widget that is embedded below.


Click here if you cannot see the embedded chart.

I use the sources listed in the chart whenever I need a free image or video clip to use in a slideshow or video of my own. I'll be sharing more about that in Thursday's webinar, 5 Video Projects for Almost Every Classroom. 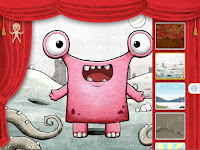 Last night I answered an email from a reader who was looking for a free alternative to Tellagami. Tellagami hasn't been updated to work with iOS 11 so if you've updated your iPad, the app won't work. Tellagami says that an update is coming, but I'm not holding my breath waiting for that. They said the same thing about the Android app and eventually just removed the Android app from Google Play. So if you're looking for a free iPad app to use to create animated videos, try one of the following three options.

Toontastic 3D a free app for Android and iOS. To make a video on Toontastic 3D students first select the type of story that they want to create. Their options are "short story" (a three part story), "classic" (a five part story), or "science report." Once they have selected a story type they will be prompted to craft each part of their stories in order. A short description of what each part of the story should do is included before students start each section. Students can pick from a variety of story setting templates or they can create their own within Toontastic 3D. Once they have established a background setting students then select cartoon characters to use in their stories. Students can choose from a wide array of customizable cartoon characters or they can create their own from scratch. Once characters are placed into the story scenes students can begin recording themselves talking while moving the characters around in each scene. Students can swap characters between scenes, change the appearance of characters between scenes, and move characters from one scene to the next.

ChatterPix Kids is a free iPad app that students can use to turn pictures into talking pictures. To create a talking picture just snap a picture with your iPad or import a picture from your iPad’s camera roll. After taking the picture just draw in a face and tap the record button to make your picture talk. Your recording can be up to thirty seconds in length. Before publishing your talking picture you can add fun stickers, text, and frames to your picture. Finished Chatter Pix projects are saved to your camera roll and from there you can export it to a number of services including YouTube. ChatterPix Kids doesn’t require students to create an account in order to use the service. Using the app can be a great way to get students to bring simple stories to life.

On Thursday I will be sharing ideas and plans for using apps like these in your classroom. Join me at 4pm EDT on Thursday for 5 Video Projects for Almost Every Classroom.
at 8:49 AM
Share
‹
›
Home
View web version