Audacity is a free, open-source program for recording and editing audio. It's available for Windows, Mac, and Linux computers. For classroom podcasting projects or other classroom audio recording projects, it is hard to beat Audacity. The only trouble is that it can feel a bit overwhelming the first time that you open it up on your desktop. Fortunately, there is no shortage of YouTube videos that will show you everything you need to know and then some.

Create Your Own Geography Game With Mission Map Quest

Mission Map Quest is a free tool for creating geography games. The concept is simple, you create a series of clues that your students need to follow to identify places around the world. You can add as few or as many clues to your Map Quest as you like. When you're ready to have students try your Quest just give them the web address of the challenge or have them scan the QR code assigned to your Quest. Watch my video below to see how to make your own Mission Map Quest game.

Applications for Education
Mission Map Quest could be a great tool for creating your own geography and history review activities. Your clues could be based on political events or geographic features. For example, you could create a clue that asks students to identify where the American Civil War began. You could also include a clue like "the longest river in Africa empties into this body of water." Of course, you don't have to be the only one making the Map Quests. Have your students create Map Quests that they share with each other.

Mission Map Quest is one of many excellent game templates that you can access for free on ClassTools.net
at 10:08 PM
Share 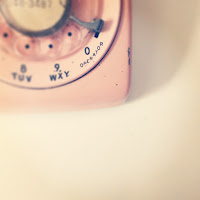 Do you remember using the end of a pencil to dial your rotary phone? Did you have an answering machines that used cassette tapes? Do you remember the annoyance of having your mouse connected to your computer? If you said yes to any of those questions, you should take a look at a YouTube channel called the Museum of Obsolete Objects.

The MOOO has fifteen videos about objects that once represented the cutting edge of technology and now are just collecting dust or filling landfills. In addition to a short description of the object, each video states when the object was developed and when it became obsolete.


Applications for Education
You could create some research assignments based on these videos. Have students pick an obsolete object then research that object's influence on communication and culture in its time. Then have students pick a currently ubiquitous object like the iPad and ask them to make predictions as to how long that object will be relevant before becoming obsolete. Have students put those predictions into videos that they publish about the objects they think will become obsolete in their lifetimes.
at 9:03 PM
Share

Dotstorming is a tool that I have recommended for a few years for group brainstorming and informal assessment activities. It allows you to gather ideas from your students and then have students vote for the favorite idea added to a shared digital corkboard. Click here for my video overview of Dotstorming.

This morning an email went out to registered Dotstorming users to inform them of an upcoming change to the free plan. Starting on May 7th the free plan will be limited to one board per account. If you currently have more than that, those additional boards will be accessible for one more month. The paid plans on Dotstorming are rather reasonable at $5/month or $25 for six months of unlimited use. A school-wide plan for all teachers is also available.