Earlier this evening I answered an email from a teacher who was looking for some resources about copyright that she could share with colleagues in her school. There were two resources that immediately came to mind when I read her question. The first resource is a presentation by Dr. Wes Fryer called Copyright for Educators. The second is the recording of a webinar that Beth Holland and I hosted last fall. Both of those presentations are embedded below.

Copyright for Educators from Wesley Fryer


Copyright for Teachers - A Webinar With Beth Holland and Richard Byrne

Thanks to one of the great teachers that I am working with at Sigsbee Charter School I learned about the 90-Second Newbery Film Festival. The festival is really a contest that is organized by YA author James Kennedy.  The purpose of the contest is to encourage students to create short videos based on Newbery-winning books. The point isn't to have students create book reviews or book trailers but to actually tell the story of the book through video. A collection of the best videos of previous years' festivals can be seen here. Two of the videos in that collection are embedded below.

The Giver in 90 Seconds


Entries into The 90-Second Newbery Film Festival will be accepted until January 11, 2019. Read the submission rules and guidelines here.

Applications for Education
If you have done book trailer projects with your students and you're ready to take a different approach to making videos, consider having students write and produce entries for The 90-Second Newbery Film Festival.
at 8:25 PM
Share

Google Is Shutting Down Google+ 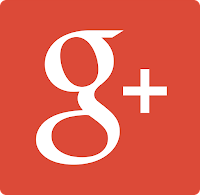 This afternoon Google published an official blog post about their Project Strobe data and privacy audit project. The leading portion of that  Google announced that the consumer edition of Google+ is going to be shut down. In the announcement Google confirmed what many of us have known for years, adoption and use of Google+ is low. In fact, Google stated that 90% of Google+ user sessions were less than five seconds. The closure of Google+ for consumers will happen over the next ten months.

Another part of the same blog post included the news that up to 500,000 Google+ user accounts were potentially compromised by a bug that Google discovered back in March.

Part of Project Strobe also includes changing the way that third-party services can connect to your Google account. You'll eventually have more granular controls over how services can access and use your Google account. An outcome of that change will be the need for you to click or tap approve on more dialogue boxes when adding third-party services to your account. See the new approval process in Google's blog post about the changes.

What does this mean for teachers and students?
Unless you were using a consumer Google+ account today's news doesn't mean much other than to serve as a reminder to change your passwords regularly. If you are using Google+ on a regular basis, you'll need to start transitioning your social media activity to something like Facebook groups.
at 7:24 PM
Share

Google Has Added a Captioning System to Google Slides

Today, Google announced a new Google Slides feature that some teachers are going to love. Google Slides now has a real-time captioning system. This system works when you are presenting your slides (full screen) and have a microphone connected to your computer. When you turn on the captioning option Google will automatically create and display captions of what you're saying to your audience. Those captions will be displayed at the bottom of your slides.

For now this new captioning system is only available if you use the Chrome browser in U.S. English. In their announcement of this feature Google noted that captions may not be accurate if you don't speak clearly, have a distinct accent, or there is a lot of ambient noise near your computer's microphone. (Speaking of microphones the ones that I recommend the most are this Snowball Microphone made by Blue Microphones and this omnidirectional lapel microphone made by Insignia).


This feature is being rolled-out gradually. It could be a couple of weeks before you see it in your Google account.