QR Codes, Music, and CoRubrics - The Month in Review 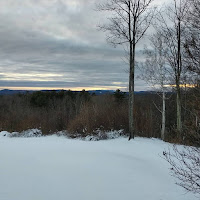 Good evening from Maine where I'm home after a great few days at the LACUE conference in New Orleans. November was a busy month as I hosted three professional development courses through Practical Ed Tech and was a featured presenter at two conferences. Thank you to everyone who participated in one of my courses or came to my conference presentations this month. I'm looking forward to meeting and working with more of you in 2019. If you'd like to have me come to your school in 2019, please send me a note at richardbyrne (at) freetech4teachers.com

As I do every month, I have compiled a list of the most popular posts of the last thirty days.

These were the the most popular posts in November:
1. CoRubrics - An Add-on to Facilitate Assessment Among Students
2. Change Coming to Your Google Account's Sign-in Screen
3. 5 Good Places to Find Public Domain Video Clips
4. How to Create a QR Code for a Voice Recording
5. Five Places to Find Free Music and Sounds for Multimedia Projects
6. Edji - A Great Tool for Literacy and Critical Thinking
7. Is Your Feedback Really Effective? - This Google Docs Add-on Will Tell You
8. Supercharge Student Self-Editing Skills with this Writing Checker for Google Docs
9. Build a Body - An Interactive Biology Lesson
10. Nearly 900 Free Art History Books - And an Art Lesson

Book Me for Your Conference
I’ve given keynotes at conferences from Australia to Alaska for groups of all sizes from 50 to 2,000+. My keynotes focus on providing teachers and school administrators with practical ways to use technology to create better learning experiences for all students. I like to shine the light on others and so I often share examples of great work done by others as well as my own. Send an email to richardbyrne (at) freetech4teachers.com book me today.

Please visit the official advertisers that help keep this blog going.
Practical Ed Tech is the brand through which I offer PD webinars.
TypingClub offers more than 600 typing lessons for kids.
Storyboard That is my go-to tool for creating storyboards.
University of Maryland Baltimore County offers a great program on instructional design.


Seterra offers a huge selection of geography games for students.
at 6:35 PM
Share

Turn Text to Speech With the Voicepods Chrome Extension

A couple of months ago I discovered a new text to speech tool called Voicepods. When I first tried it and wrote about it Voicepods would only create voice recordings based on text that you wrote. This week Voicepods launched a free Chrome extension that will let you have the text of any webpage read aloud. There are other Chrome extensions that do the same. What makes Voicepods different is that while Voicepods reads the text of webpage it also makes a recording that you can save and playback whenever you want. Watch my demonstration video to see how the Voicepods Chrome extension works.


As you can see the video, Voicepods has another new feature. That feature is called "read along." Read Along highlights the words in a block of text while they are being read aloud.

Applications for Education
The new Voicepods Chrome extension could be a good one for students who need some help with pronunciation of words while reading a webpage. The extension has support for ten languages which could make it useful in ELL/ ESL classrooms.
at 5:22 PM
Share 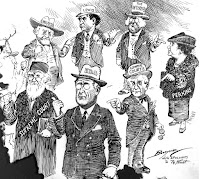 DocsTeach is one of my favorite tools for building history lessons centered around primary source documents, pictures, maps, and drawings. DocsTeach contains an integrated search tool for finding artifacts from the U.S. National Archives. You can use that search tool to find political cartoons. That was focus of a recent professional development webinar that was hosted by the US National Archives.

Teaching the Constitution With Political Cartoons is now available to view for free. The webinar focuses on using Clifford K. Berryman cartoons from the U.S. Senate Collection in lessons designed to help students understand the nuanced aspects of the US Constitution. The webinar includes a good overview of how students should analyze political cartoons and guiding questions that you can give to your students. The last third of the webinar, around the 27 minute mark, is where the webinar transitions into demonstrating how to use the tools within DocsTeach.

The webinar recording is available here and as embedded below.