Tomorrow at 5pm Eastern Time I'll be going live on my YouTube channel to answer another round of questions from readers like you. If you have a question about educational technology that you'd like me to answer you can put in the form below or just join the live broadcast and submit your question tomorrow. Subscribe to my YouTube channel to be notified when the broadcast starts. I'll also broadcast on the Practical Ed Tech Facebook page. 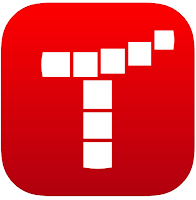 Tynker is a service that offers programming lessons for elementary school and middle school students. I published a full overview of the service a couple of days ago. You can read that overview here. For Pi Day Tynker is offering a free lesson plan in which students practice their programming skills by making art based on Pi.

Tynker's Pi Day lesson plan has students use Tynker's block programming interface (available to use in your web browser or on Tynker's iPad app) to create art and animations featuring the digits of Pi.

Applications for Education
Tynker's Pi Day lesson plan includes nine pages of step-by-step directions. Despite those detailed directions, if you have never done any programming with your students, I wouldn't make the Pi Day project your first attempt at programming with students. But if you and your students are already familiar with Tynker then the Pi Day lesson could be a fun one for you to use.
at 6:53 PM
Share

A New Look for Google Drive on iOS and Android

The Google Drive iOS and Android apps are getting a new look! As announced by Google earlier this afternoon, the apps are going to have a "material design" interface that is similar to the one used in the web browser version of Google Drive. 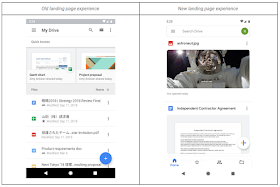 Another change to the Google Drive iOS and Android apps is found in the account switching function. In the new version you can simply tap on your profile icon in the upper-right corner of the app to switch between Google accounts. 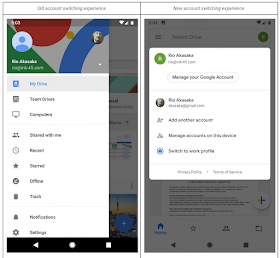 These updates to the Google Drive mobile apps don't impact any of the functionality of Google Drive on iOS or Android. The updates should hopefully just make it easier to find and access the files that you need. 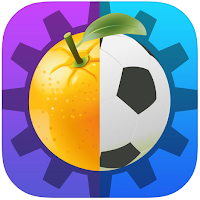 Eat & Move-o-Matic by the Learning Labs Game at New Mexico State University is a free iPad app intended to help teachers and students get a better understanding of the impact of their food choices.

Eat & Move-o-Matic is based on a simple premise. That simple premise is calories in, calories out. The does this by showing students how many calories are in their favorite foods and how many minutes of an activity they need to do to burn those calories. The app shows students common activities like riding bikes, jumping on a trampoline, and doing homework. Students can scroll through the food menus and activity menus until they find their favorites in each category. The app provides tips nutrition tips about each food including how to make a snack a little bit healthier. 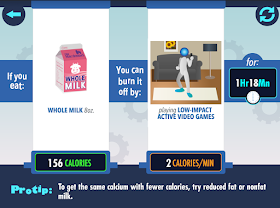 Applications for Education
Eat & Move-o-Matic could be a good app for increasing students’ awareness of the healthiness of their favorite snacks. Likewise, it is good for showing students the benefit of regular exercise.
at 4:00 PM
Share
‹
›
Home
View web version